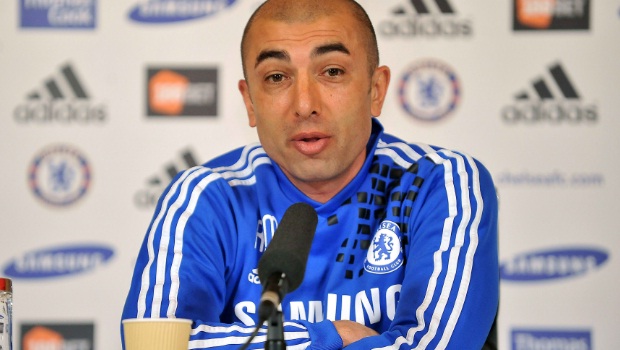 Paulo Di Canio has been sacked by Sunderland after just six months in charge, with former Chelsea boss Roberto Di Matteo in the frame to replace him.

Di Canio was appointed at the end of March and, after losing his first game in charge – 2-1 to Chelsea – he endeared himself to the Black Cats faithful with a 3-0 victory over arch-rivals Newcastle at St James’ Park.

Di Canio kept Sunderland up, and hopes were high for a new dawn at the Stadium Of Light after a raft of new signings, but after the weekend 3-0 defeat at West Brom, a fourth loss in five Premier League fixtures, the board announced late on Sunday that Di Canio had been sacked.

A statement said: “Sunderland AFC confirms that it has parted company with head coach Paolo Di Canio this evening.

“Kevin Ball will take charge of the squad ahead of Tuesday night’s Capital One Cup game against Peterborough United and an announcement will be made in due course regarding a permanent successor. The club would like to place on record its thanks to Paolo and his staff and wishes them well for the future.”

Ball, a former club captain and currently on the coaching staff, is very likely to still be in charge when Sunderland play host to Liverpool in the Premier League on Sunday, but there will be no shortage of available experienced managers applying for the vacancy, with the current favourite being another Italian, Di Matteo.

Di Matteo, who won the Champions League and FA Cup in an eight-month spell as caretaker manager at Chelsea, has been unemployed since leaving the club in 2012.