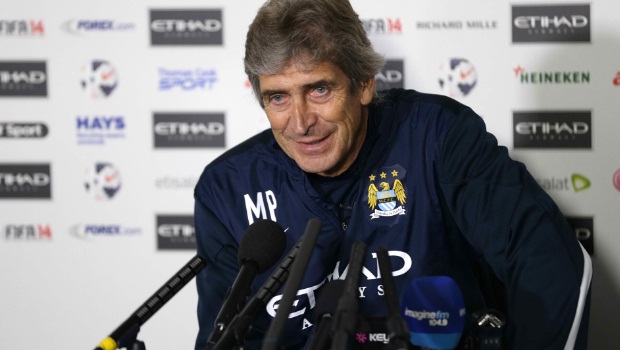 Manchester City boss Manuel Pellegrini believes there will be plenty of pressure on Manchester United counterpart David Moyes to secure a result in Sunday’s derby.

The two rivals clash for the first time this season at the Etihad Stadium, with both teams having new managers in their respective dug-outs.

Pellegrini and Moyes have identical records so far this term having taken seven points from four Premier League games, with both already tasting defeat at their new clubs.

As such, neither manager has started the new chapter in their careers as they would have wished. However, both Pellegrini and Moyes could erase memories of early-season woes with victory this weekend.

Pellegrini says he understands the importance of the game but believes there will be more pressure on Moyes to pick up three points on Sunday due to him having to follow in the footsteps of Sir Alex Ferguson.

“I don’t need to be here to know just how important this game is to everyone,” he said.

“I’m well aware. Football in England is different, I hope everyone enjoys it. It’s a six-point game, these are two of the teams that will challenge.

“It’s important not to be under too much pressure. David Moyes will be feeling some pressure after taking over from Sir Alex Ferguson, but some pressure is good.”

The Chilean went on to say that he didn’t expect David Silva or Micah Richards to feature against United as they continue to recover from their respective thigh and hamstring injuries.

Pellegrini will be able to call on skipper Vincent Kompany though after he came through their Champions League win over Viktoria Plzen with no reaction to his groin injury.