Posted by Vincent Henderson on September 20, 2013 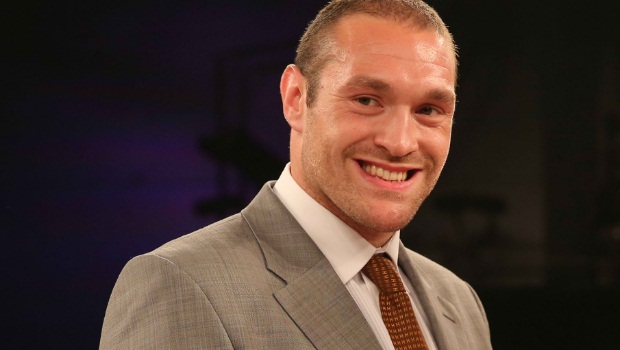 Tyson Fury believes he will have no problem defeating David Haye on September 28 as he looks towards a world title fight with Wladimir Klitschko.

The unbeaten Fury is currently in the final stages of his preparations for the biggest fight of his career against former heavyweight champion Haye.

The 25-year-old has been made the underdog for the bout in Manchester, despite having a perfect 21-0 record, which includes 15 wins by way of knockout.

Fury’s record has given him plenty of confidence and he claims his upcoming clash “means nothing” as he ultimately looks to become the heavyweight champion of the world.

He says victory over Haye could see him square off against WBA, IBF and WBO champion Klitschko next year, if the Ukrainian decides to fight on beyond the end of 2013.

“Whatever he brings to the table I can overcome – I’m younger, fitter, bigger, stronger,” Fury told BBC Sport.

“I look at David Haye as a mug, a stepping stone to a fight against Wladimir Klitschko.

Haye, who has lost just two of his 28 professional fights, has previously taunted Fury by claiming the sparring partners he is using for this clash would easily overcome him.

In contrast, Fury has been training with smaller heavyweights in an attempt to get use to fighting against men quicker than him.

Haye, who is giving away six inches in height against Fury, has called sparring partners Eddie Chambers and Steve Cunningham “powder-puff punchers” and has predicted a knockout win over Fury as a result.