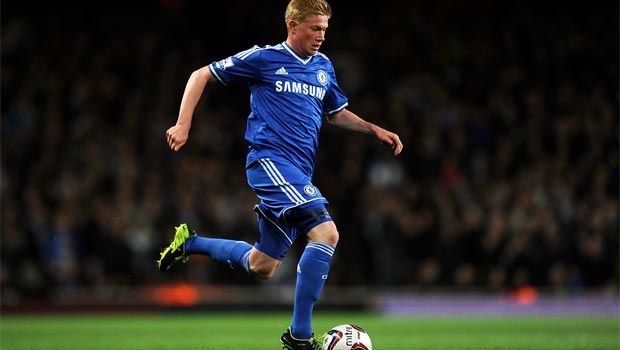 The fee for the Belgium international is reported to be in the region of £16 million, which gives Chelsea a tidy profit on the 22-year-old, who joined them from Genk in 2012 for £7 million.

De Bruyne spent all of last season on loan at Werder Bremen after being unable to command a regular first-team place at Stamford Bridge, and has found himself surplus to requirements since the return of Jose Mourinho.

With Nemanja Matic recently re-signed from Benfica for around £21 million, the De Bruyne deal, that sees him pen a five-and-a-half year contract, will help offset part of that purchase cost at least.

Despite not making it at Chelsea, De Bruyne has no bad feelings about the club, or indeed Mourinho.

“I got along with Mourinho quite well,” he told Het Laatste Nieuws, a Dutch language newspaper based in Brussels.

“Tactically he’s a very strong. In the summer he convinced me to stay, although there was a nice bid from Dortmund on the table.

“My pre-season was good, my first game too, but I still don’t know why I lost my place after the game against Manchester United.

“I don’t regret my transfer to Chelsea. I played a good season in Bremen, I grew as a player, it was also a learning process.”

De Bruyne had an offer from Atletico Madrid on the table as well, but feels there will be more regular first-team football at Wolfsburg as he bids to cement a place in the Belgium side at this year’s World Cup.