Horse Racing: Cappa not finished yet 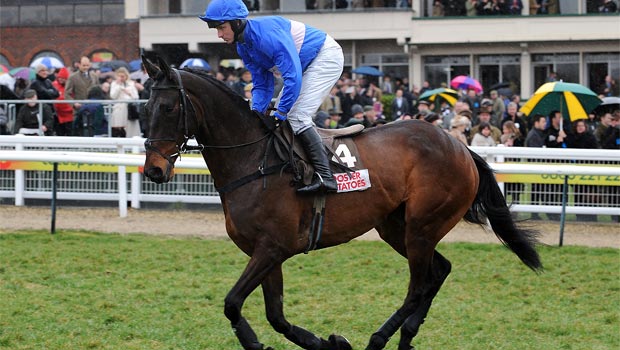 Placed in the last two Grand Nationals, Cappa Bleu may yet line up again in the world’s greatest steeplechase but he will definitely miss this year’s race.

Now aged 12, Cappa Bleu has been a credit to connections, having finished runner-up and fourth in the last two runnings of the Aintree showpiece, but had his current season curtailed after picking up a joint injury during his return to action over hurdles at Carlisle in November.

Trainer Evan Williams has revealed that the gelding will now miss the rest of the season, with the aim being to get him ready for one more crack at the Crabbies Grand National in 2015.

“I talked to the owners Mr and Mrs Rucker on Saturday. He’s fine, everything’s grand, but he won’t be coming back into training this season,” he said.

“He’ll be fine and he’ll be back, fingers crossed, at some stage in the future next season, but he will not be trained for the Grand National this year.

“He’s gone back home and they do such a wonderful job looking after him and all of their horses. He’s gone back there for a quiet time and we’ll have him again next year.

“It was a knock to the joint. The scan is a little bit inconclusive and it’s just one of those things. We could probably bring him back and force him there, but you can’t do that with Grand National horses. You’ve got to have a clear run all through. If you don’t, you are kidding yourself.

“Horses like that are very hard to come by. They need looking after and you can’t afford to go about things in a slap-dash way. He’s got very few miles on the clock and the old boy will be well looked after.”

For Evans himself, it was a good weekend, with no less than five winners up and down the country emerging from his Welsh base on Saturday.