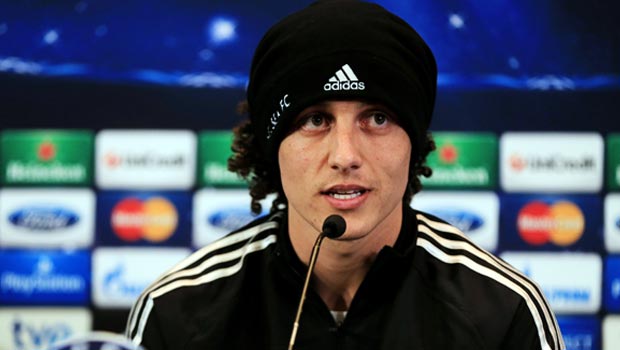 David Luiz is set to become the most expensive defender of all-time after agreeing to join Paris Saint-Germain from Chelsea for a fee in the region of £50million.

The French champions currently hold the record for the largest sum spent on a defender having paid AC Milan £35million for the services of Thiago Silva.

PSG will now smash their own record to bring in Silva’s Brazilian compatriot Luiz having fixed a price with Chelsea.

Luiz moved to Stamford Bridge for £25million from Benfica in January 2011 but has been deemed surplus to requirements by manager Jose Mourinho.

The 27-year-old is reported to have agreed terms with PSG and has undergone a medical in Sao Paulo, where he is currently training with the Brazilian national team ahead of the World Cup.

PSG expect the deal to be completed by June 10 and say they have announced the switch before the summer transfer window opens in order to allow Luiz to concentrate on the World Cup.

“Paris St Germain, Chelsea FC and David Luiz would like to confirm that they reached an agreement regarding the terms of an upcoming transfer of the Brazilian defender that would occur during the next transfer window which is to start on 10 June 2014,” PSG announced on their website.

“In accordance with the player’s wish to prepare for and play in the World Cup in his home country in the best possible conditions, both clubs and David Luiz wished to reach an agreement as soon as possible between, on the one hand, Paris St Germain and Chelsea FC, and on the other, between the Parisian club and the player, in order to formalise the transfer as soon as the transfer window opens.”

Luiz might not be the only Chelsea player to make the move to Paris this summer after head coach Laurent Blanc revealed he is a big fan of Eden Hazard.

The Blues playmaker has been strongly linked with the Ligue 1 side of late and Blanc’s comments have lead to suggestions they could lodge a bid for the Belgium international.

“Hazard is the kind of player who can be decisive,” Blanc told Le Parisien.

“You can talk about all kinds of things; tactics, strength of the team, individual class, but a player who is capable of beating three or four players is something else. You never know what to expect from him.”