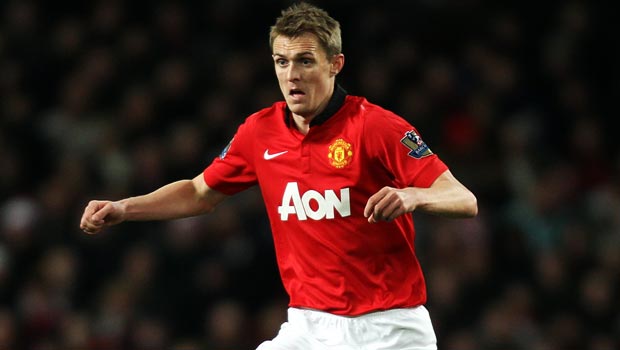 Manchester United midfielder Darren Fletcher insists there is no reason why Louis van Gaal’s side cannot win the Premier League title this season and believes a lack of European football will be a bonus.

Fletcher has been a key part of the van Gaal’s squad in the pre-season tour of the United States, helping guide United into the International Champions Cup final where they meet Liverpool in the early hours of Tuesday.

The Scot started in the 7-0 win over LA Galaxy, the penalty shootout victory against FC Internazionale Milano and Saturday’s 3-1 win against European champions Real Madrid.

And the 30-year-old midfielder, who won five Premier League titles and the Champions League under former manager Sir Alex Ferguson, believes the “winning mentality” is back under Dutch maestro van Gaal.

When asked about the pre-season performances, Fletcher said: “They have been fantastic. The results are important, but so are the performances and they have got better with every game.

“Hopefully that can continue, but the main thing is winning games and getting that mentality back. We can feel it coming back. Before the first game [against LA Galaxy], we spoke about doing that – winning and getting the feel-good factor of winning because it breeds confidence.”

The former champions came seventh in the Premier League last season after a disappointing campaign under David Moyes but Fletcher does not believe it would be impossible to bounce back from that by winning it in 2014/15.

United will not feature in a European competition this season and Fletcher is confident that will help the team’s title bid, having seen Liverpool narrowly miss out on winning the league last season.

“I think Liverpool showed that last year and we believe we can win the league again,” Fletcher added.

“Liverpool didn’t have European football last year and they went close to winning the league, so hopefully we can go one better next year.”