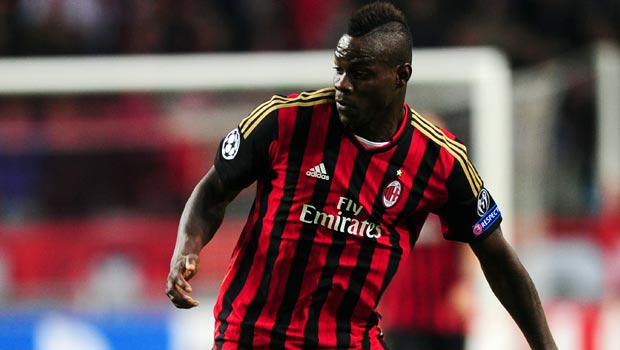 Liverpool manager Brendan Rodgers insists he will not be signing AC Milan and Italy striker Mario Balotelli this summer.

There was widespread speculation over the weekend that Liverpool would attempt to prise Balotelli away from Milan after Rodgers praised the Italy forward during the pre-season USA tour.

Speaking ahead of Liverpool’s friendly with Milan on Saturday, which the Reds won 2-0, the Northern Irishman described maverick Balotelli as “a big talent” and said he could play for “any team in the world”.

Liverpool are known to be in the market for a new striker but Rodgers has now moved to deny reports linking him with a £25million bid for the Italy forward.

“I was asked the question about Balotelli and spoke about what a talent he is and excellent player he is,” said Rodgers.
“I can categorically tell you that he will not be at Liverpool.

“He is a wonderful player, but an AC Milan player. I just gave my opinion of him, but that doesn’t mean I will be signing him.”

Liverpool are seeking a new centre-forward after QPR striker Loic Remy failed his medical, while Daniel Sturridge has left the USA and returned to England to receive treatment on a hamstring injury.

When asked if Sturridge’s injury emphasised the need to bring in a new striker, Rodgers replied: “Yes. It’s crucial for us.”

Liverpool take on bitter rivals Manchester United in the final of the International Champions Cup in the early hours of Tuesday morning. United are favourites to win the match at 2.12, with a draw priced at 3.32 and a Liverpool win 3.26.

The Anfield club can also be backed to win the Premier League this season at 11.00.