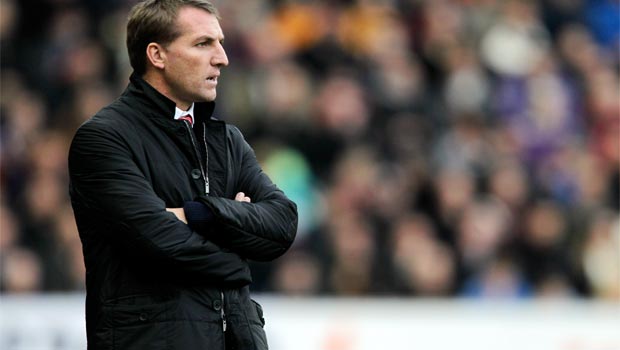 Brendan Rodgers watched his Liverpool side go top of the Premier League on Saturday and then immediately suggested that the title this season is Manchester City’s to lose.

The Reds boss was heartened by another master class from Uruguay international striker Luis Suarez, who celebrated his new long-term contract at Anfield with another two goals in the 3-1 win against Cardiff City.

It took his tally for the season to 19 goals in just 13 games, while he also unselfishly set up Raheem Sterling to get on the scoresheet in the comfortable victory.

Liverpool jumped above Arsenal to the top of the table ahead of the Gunners’ Monday night clash against Chelsea at the Emirates Stadium.

Manchester City moved up to second following their 4-2 win at Fulham on Saturday and Rodgers’ men will travel to the Etihad Stadium for a mouth-watering Boxing Day clash on Thursday.

Despite the impressive form of his side so far this season, the Northern Irishman feels Manuel Pellegrini’s side are the team to stop if they want to end their near 24-year wait for a league title.

Rodgers’, whose side will then travel to face Chelsea on December 29, said: “We’re really looking forward to the games. At Manchester City last year, we should have won and ended up drawing the game.

“Manchester City have a great squad of players; everyone looks at them as Manchester City’s title to lose because of the squad they have. For us, it’s just about taking each game at a time.

“We have been on a fantastic run, the quality of our football is at a really high level – we’re pressing the game very well, our aggression to get the ball back is good.

“We’ll arrive there on Boxing Day in a really good moment. It’s a game I’m really looking forward to.”

On Suarez’s input against Cardiff, he added: “It shows you the team player that he is. I thought he showed great humility as well, when Daniel Agger came on the field, he brought the armband straight to him because he’s the vice-captain.

“It shows you the humility of the man. Two brilliant goals, a genuine world-class player. The pivotal point of the team is really exciting and dynamic at the moment.”