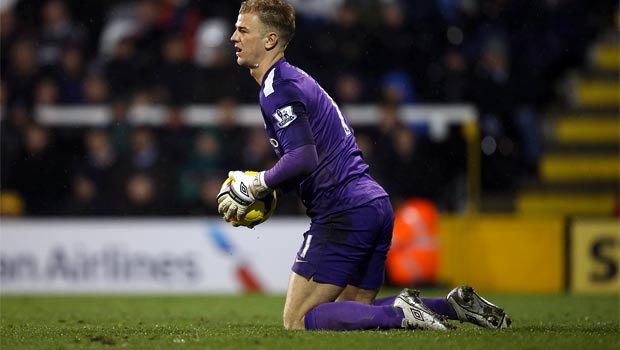 The England international had not played in the league since October 27 following some poor early season performances in which he was blamed for several goals which City conceded against the likes of Bayern Munich at home in the Champions League and at Chelsea in the Premier League.

However, Hart earned his chance to replace Costel Pantilimon in goal in the league with some good recent displays, ironically in the 3-2 Champions League win at Bayern Munich and in the Capital One Cup victory at Leicester in midweek.

The 26-year-old then took his chance with both hands at Craven Cottage on Saturday as City ran out 4-2 winners to move up to second in the table ahead of a massive game against league leaders Liverpool on Thursday.

Pellegrini confirmed that Hart will be his number one for the game at the Etihad Stadium.

He said: “We don’t know what will happen in the future, today, what Joe did, I think he did it well.

“We’ll see what will happen, every match we can play with different 11 starters, but at the moment Joe will continue to play in the next game.
“At the moment he deserved to play today and he also deserves to continue.

“When I put Pantilimon in the starting XI I spoke with Joe and he understood that he was not in a good moment.

“Maybe seven games after, one month after, he’s working very hard, and I thought that he deserved another opportunity, and I think he did it well.”