Champions League: Man City look to double up over CSKA 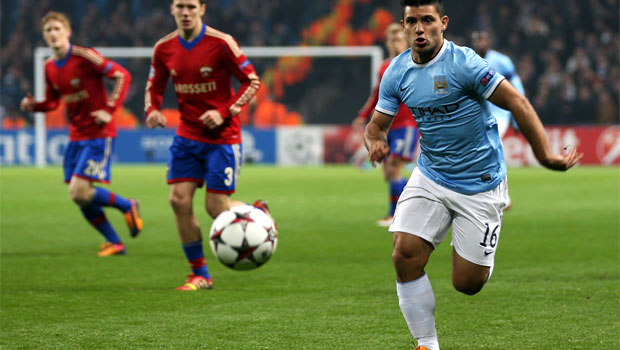 Manchester City will be out to complete the double over CSKA Moscow at the Etihad Stadium on Tuesday evening after coming away from Russia with a 2-1 win a fortnight ago.

City have taken time to show their true form this season and are currently fifth in the Premier League table, with 19 points accrued after 10 games.

Their Champions League campaign did not get off to a good start either when they were made to look distinctly average by defending champions Bayern Munich on  matchday 1.

However, two goals from Sergio Aguero saw them come from behind to beat CSKA in Moscow and hopes are high in the camp that they can repeat the feat.

Right-back Pablo Zabaleta is confident that the club can continue to progress on their way to eventually conquering Europe.

“We know that the owners have spent so much money to try to build a good team and to try to be one of the best teams in Europe,” said the Argentinian.

“We know it takes time. We won the FA Cup, we won the Premier League, but the Champions League is different. You play against the best teams and it has not been easy.

“But now we are very positive and everything is set for this club to take a step forward.

“If we can qualify for the next round, it would be great for this club. We are still improving and hopefully in the next few years, we can be one of the top clubs in Europe.”

The Citizens limbered up by thrashing Norwich 7-0 at the weekend as goalkeeper Costel Pantilimon kept his place at the expense of England keeper Joe Hart who is paying for a dip in form, and coach Manuel Pellegrini is expected to stay loyal to the Romanian, who at 6ft 8″ is the tallest player in the Premier League.

Sergio Aguero and Edin Dzeko are expected to line up in attack with a midfield of Yaya Toure and  Fernandinho, while Jesus Navas and David Silva will provide the pace and guile out wide.

Vincent Kompany is still battling injury problems that have dogged him since the start of the season, but Aleksandar Kolarov, Martin Demichelis, Matija Nastasic and Zabaleta are all fit and raring to go as City look to reach the last 16 for the first time.

Victory for them coupled with Bayern Munich avoiding defeat to Viktoria Plzen will be enough to see them reach that goal.