Chelsea – Everton: Battle of the Blues at the Bridge 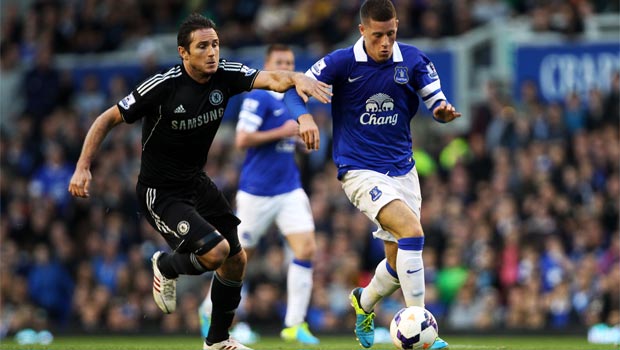 Chelsea and Everton go head-to-head at lunchtime on Saturday, with both sides desperate for the win.

Chelsea know that victory over Everton will keep them at the summit of the Premier League table, while Everton know three points are vital if they are not to let Liverpool and Tottenham slip away from them in the battle for fourth place.

Jose Mourinho’s side have yet to lose at Stamford Bridge this season, and are now unbeaten in their last 11 fixtures, while the Toffees have lost just two of their last seven games, and inflicted a 1-0 defeat on Chelsea at Goodison in November.

All that suggests that a really close encounter is on the cards, and it would be no surprise were it to end all square. In fact recent draws with the likes of West Brom and West Ham reveal that Chelsea are still not as formidable as Mourinho wants them to be.

Everton of course were torn apart by Liverpool at Anfield, and lost out narrowly at Spurs, but apart from that are a pretty hard side to get past. Unfortunately for them, Romalu Lukaku is ineligible to play against his parent club.

However, there is good news concerning Steven Naismith, who has recovered from a concussion suffered during the FA Cup win over Swansea, in which he scored.

For Chelsea, captain John Terry is expected to return from a muscle strain which has sidelined him for three matches, but Mourinho has to decide whether to risk him or wait until the important Champions League tie with Galatasary in Turkey next week.

The match kicks off at 12.45pm UK time on Saturday, and Chelsea are 1.58 with Dafabet to make home advantage count, with the draw 3.82 and Everton 5.70 to leave with all three points.