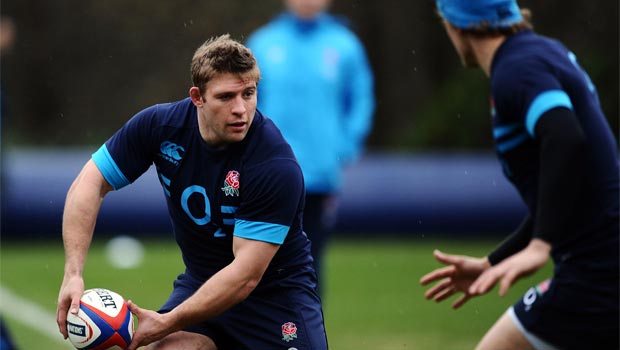 England’s rugby union side will go all out to put a dent in Ireland’s RBS 6 Nations ambitions at Twickenham on Saturday.

Before losing to the All-Blacks last autumn, England had built up a solid record of six wins on the bounce at home, and victory over a strong Ireland side this weekend can send out a message that Twickenham is no place for the faint hearted, with the 2015 World Cup in mind.

This will be the first time that England have stepped onto the Twickenham turf in the tournament after losing out narrowly to France in Paris and then bouncing back to winning ways over Scotland at Murrayfield.

England are now priced at 3.30 to win this year Six Nation?s, while the unbeaten Irish are 2.80 to finish at the standings.

Captain Chris Robshaw still remembers the winning run coming to an end at the hands of New Zealand though, and does not want to experience that feeling again.

“It’s all well and good playing well but our industry is a results-based business.

“Of course you want to play well and score lots of tries, but it comes down to winning and we have to make sure we nail that on Saturday.

“Twickenham is our home and the World Cup is here in 18 months’ time.
We have to make sure it’s a hard place to come and play.

“Every game is a must-win for us. We know what our situation is – we can’t lose another game in this Championship if we want to win it.”

It is sure to be a real test on Saturday, as Ireland and Lions centre Brian O’Driscoll will be playing in the fixture for the 13th and final time before he retires at the end of the season, and he for one will not want to end on a losing note.