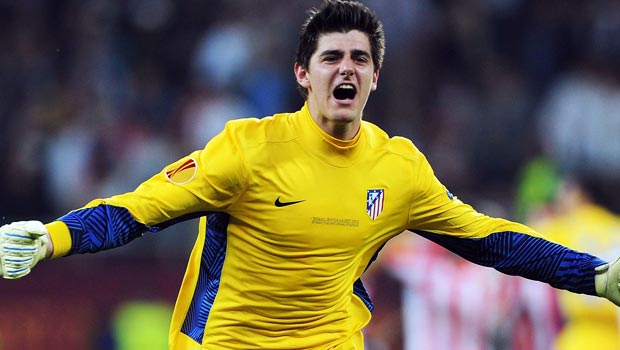 Chelsea Chief Executive Ron Gourlay has revealed that Thibaut Courtois is eligible to play for Atletico Madrid in the Champions League semi-final.

The draw sees Atletico face Chelsea, which led to doubts as to whether the Courtois would be able to play across the two-legged affair, given the Premier League side are also the Belgian shot-stopper’s parent club.

Atletico President Enrique Cerezo and UEFA issued contrasting statements prior to the draw, which was held on Friday, with Cerezo claiming that a clause in Courtois’ contract meant he would be unable to feature, whilst the governing body stated that no club is permitted that kind of influence on opposition line-ups, saying: “In response to media reports referring to the situation of Club Atletico de Madrid goalkeeper Thibaut Courtois, UEFA would like to reiterate its position.

“The integrity of sporting competition is a fundamental principle for UEFA. Both the UEFA Champions League and the UEFA Disciplinary Regulations contain clear provisions which strictly forbid any club to exert, or attempt to exert, any influence whatsoever over the players that another club may (or may not) field in a match.”

Gourlay, however, has now moved to clarify the issue of Courtois’
eligibility, saying: “The loan was arranged back at the start of the season. It’s quite simple – Thibaut can play against Chelsea. That was never in doubt.”

The decision seems to have given Madrid a major boost going into the first leg, which will be played at the Vicente Calderon, as they are priced as clear favourites to win the tie at 1.93, while Mourinho’s Chelsea are on offer at 4.23 to earn an away win, while a draw between the two sides is at a price of 3.17.