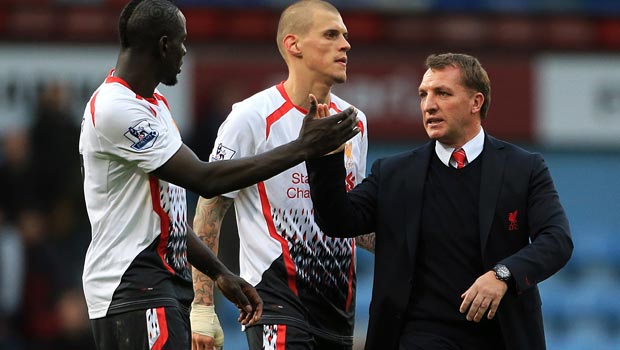 Brendan Rodgers has insisted his Liverpool side is focused and ready for the potentially title-deciding match with Manchester City on Sunday.

The Reds currently sit atop the Premier League on 74 points, with Manchester City below them in third, four points behind the Anfield giants although they do have two games in hand.

A win for Liverpool, which is priced at 2.38, could see them move five points clear at the summit, should results go their way at the weekend, with just four games left to play in the campaign. A victory would also see them retain a points advantage on Manchester City, 2.77 to earn an away victory this Sunday, should the Citizens go on to earn maximum points from their games in hand.

Rodgers has acknowledged the magnitude of the fixture, but insists his players are more than prepared, saying: “It’s a significant game, there is no doubt about that. We are really looking forward to it. The team is confident and it should be fantastic.

“We are enjoying it and the players are very focused. We are calm and the training this week has been outstanding, so there have certainly been no nerves. There is talk about pressure and different types of words to describe it but, for us, it is exciting. We are really enjoying where we are.”

The Liverpool boss then moved to calm any nerves surrounding the fixture by adding that he does not believe the match itself will decide who will win the title this season.

“There is still a lot of work to do after this game,” he said. “The finish line is still a way to go. There are five games to go and, even after this one, there are still 12 points to play for.”