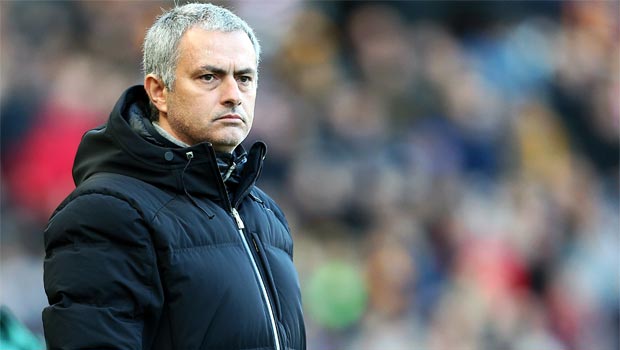 Chelsea manager Jose Mourinho feels a lack of European involvement for Liverpool means they are serious contenders to win the Premier League this season.

Back-to-back Premier League victories have seen the Reds consolidate their position in the top four and they currently sit in fourth place, four points adrift of the table-topping Blues.

Second-placed Arsenal are three points better off than the Merseysiders, with Manchester City now just one ahead after taking a solitary point from their last two games.

It is very tight at the top, with Tottenham down in fifth still in with a shout, but it would appear that the winner will probably come from the current top four.

Things are about to get a lot tougher for the top three, however, as they all face Champions League matches over the next couple of weeks, while Brendan Rodgers’ men can rest their legs between top-flight fixtures.

And it is this fact that has led Mourinho to play down his side’s chances and reiterate his stance that he honestly believes the Anfield club will have a say in proceedings.

He said: “When I say we’re not the top candidate everyone thinks ‘here he is again, with what you like to call the mind games’.

“But it’s just my feeling. The league is amazing but Liverpool have a big advantage because of the fact they don’t play in the Champions League.”

Despite his comments, Mourinho’s Chelsea are 2.45 second favourites to win the Premier League, with City priced as the 2.04 favourites, while both Liverpool and Arsenal can be backed at 9.00.