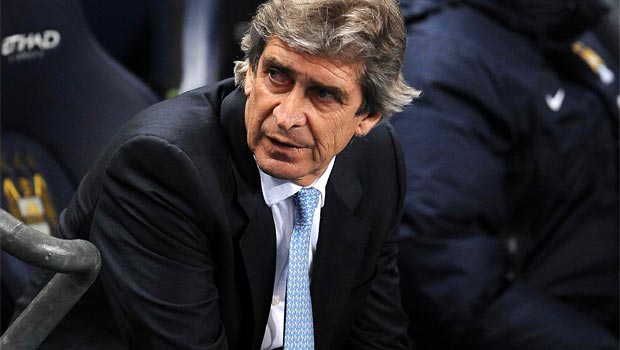 Manuel Pellegrini admits he will have one eye on next week’s Champions League clash with Barcelona when he selects his team to face Chelsea in the FA Cup this weekend.

The Etihad outfit will host the Blues on Saturday in the fifth round of the FA Cup, with Pellegrini and Chelsea boss Jose Mourinho set to renew their rivalry on the pitch after a continual war of words that has been played out in the media.

It was the Portuguese tactician that got the better of his rival when the sides met in the Premier League last week when Chelsea secured a 1-0 victory in Manchester, but the two teams will have a different look about them for this encounter.

Both managers have talked up the world’s premier domestic cup competition but, with the title racing hotting up and the Champions League set to resume, it seems inevitable that a few fringe payers will get a run-out, something Pellegrini confirmed earlier this week.

“It’s important to give importance to the cup,” he said. “But at this moment I have to decide which game will be more important and maybe it’s Barcelona.

“Maybe we will put an alternative team out against Chelsea.”

City, who are on offer with Dafabet at 2.23 to win the match, can still field a team full of internationals even without putting out their best XI, while Chelsea, priced at 3.10, also have an embarrassment of riches in their ranks.

City are still expected to be without top scorer Sergio Aguero and midfielder Fernandinho, but Samir Nasri has been back in training after a knee injury and could have an outside chance of playing some part in the match.

Mourinho has injury doubts over first-choice central defensive pair John Terry and Gary Cahill but Chelsea have an extra week before they take on Galatasaray in Europe’s elite club competition and so they may be risked.