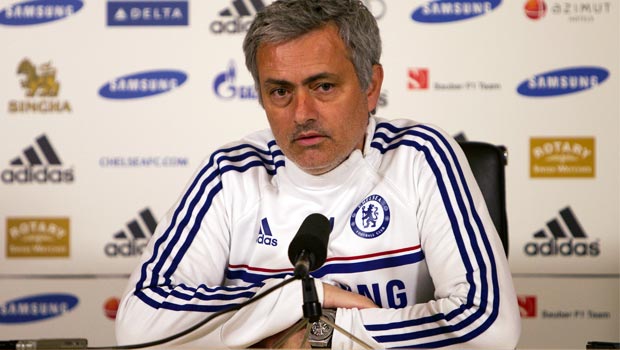 Jose Mourinho has stated that Chelsea’s 6-0 dismantling of Arsenal did not have any added significance despite it occurring in rival Arsene Wenger’s 1,000th game as Gunners boss.

Wenger’s men capitulated in spectacular fashion, falling two goals behind after just seven minutes, before being reduced to ten-men eight minutes later and eventually going down 6-0.

Mourinho, who hasn’t been overly welcoming to his French counterpart in recent months, going as far as calling Wenger a “specialist in failure”, was surprisingly cordial in his post-match interviews.

When asked if he had taken any added satisfaction from ruining Wenger’s big day, he responded: “No. I wanted the three points and a good performance if possible. We got that. And on top of that, we got the result with some numbers, which is especially for our fans.”

The Blues currently have a four-point lead over second-placed Liverpool, who have a game in hand, and six points ahead of Man City, although the Citizens have played three fewer fixtures than their London rivals.

It was a victory that has finally given Mourinho the belief that Chelsea can win the Premier League this season, albeit “just a little”.

Opening goal-scorer Samuel Eto’o limped off after 10 minutes with a hamstring injury but Mourinho does not believe it is as bad as first thought, which is very promising news for the Blues who have to travel to face Paris Saint-Germain in nine days’ time.

Chelsea are priced as the 3.42 outsiders to claim a victory in the first leg in the French capital but may yet have Eto’o available for the tie.

“With his experience, he thinks it’s not big,” he said. “Before the big tear, he was able to say enough is enough, but a hamstring is a hamstring.”