Chelsea: Jose Mourinho in no rush for Real reunion 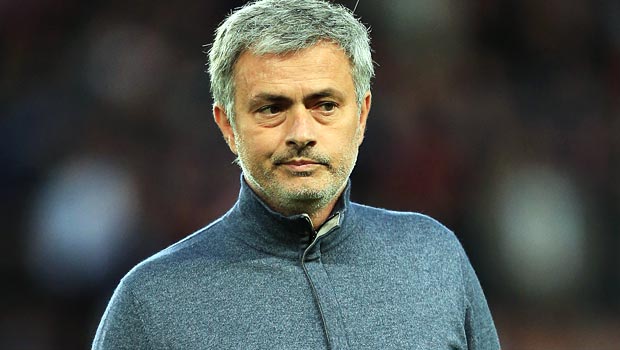 Chelsea manager Jose Mourinho says he doesn’t have a burning desire to take on former club Real Madrid in the Champions League semi-finals.

Goals from substitutes Andre Schurrle and Demba Ba on Tuesday helped Chelsea overturn a 3-1 first-leg deficit against Paris Saint-Germain and progress to the last four on the away goals rule after a dramatic 2-0 home win – potentially setting up a clash with the Spanish giants.

Real survived a spirited Borussia Dortmund fightback in the second leg of their quarter-final tie to go through 3-2 on aggregate and a clash with Chelsea would throw up so many storylines with ex-Blues boss Carlo Ancelotti having replaced Mourinho last summer.

However, asked if he wanted to face his former club, the Portuguese said after a pause: “No, not really. Real Madrid, Barcelona, Atletico, Bayern, Manchester – it doesn’t matter.

“We are in the semi-finals and if the quarter-finals had eight fantastic teams, imagine the four that are going to reach the semi-finals. Anything can happen.

“A big opponent is waiting for us in the semi-final, but I think it doesn’t matter who.

“They know that we are a team with a special spirit, even if we are not in the maximum of our potential.”

Mourinho bemoaned the loss of another influential player for the first leg of Chelsea’s semi-final with Serbian defender Bransilav Ivanovic banned after picking up a yellow card against Paris Saint-Germain on Tuesday.

“[Nemanja] Matic and [Mohamed] Salah cannot play in the Champions League and we always have somebody suspended. It was Ramires today, the next one is [Branislav] Ivanovic.

“But, for sure, we are going to enjoy the same way I told the players we had to enjoy this second leg in the quarter-final.

“We have to enjoy to play against the great opponent waiting for us.”

Chelsea are currently available to back at 6.50 in the 2013/14 UEFA Champions League Winner betting with Real Madrid 3.25 and holders Bayern Munich the 2.65 favourites.

Mourinho’s side are also available at 45.00 to win both the Premier League and the Champions League titles in the Chelsea 2013/2014 Trophy Wins market.