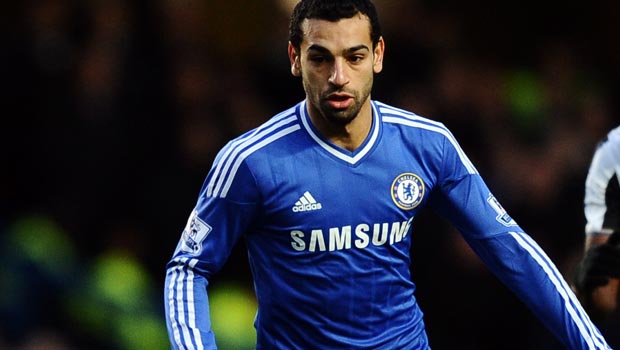 Chelsea boss Jose Mourinho believes Mohamed Salah can be one of the club’s star men next season after he scored on his full debut.

The Blues paid Swiss side Basel a reported £11million fee to capture Salah in the January transfer window and the winger marked his first start for the club by grabbing the opening goal in the 3-0 win over Stoke on Saturday.

Salah has been unable to secure a regular starting role at Stamford Bridge since joining the club in January but Mourinho insists the 21-year-old can become a Chelsea star in the future.

“I think Chelsea did very well. We sold a player [Juan Mata]…in the best moment of his career and we bought a kid from a different habitat, an Egyptian player playing in Switzerland,” Mourinho said.

“We knew that the kid was going to need time. We know that the next season he will be a real good player for us.

“Today he had the first chance to play [from the start] and I think one thing you feel immediately is the connection between him and the crowd; they like him, they like his style of play and he is player that we need.

“We have wingers who like to have the ball at their feet he is the kind of winger who prefers it in the space.

“Chelsea did very, very well to bring him in.”

Frank Lampard and Willian were also on target for Chelsea as they sealed a comfortable 3-0 win to move back to the top of the league, although they remain the outsiders of the top three at 7.20 to win the Premier League title.

Manchester City, who beat Southampton 4-1 on Saturday, are 1.67 favourites to lift the trophy come May while Liverpool can be backed at 3.15.