Chelsea: Jose Mourinho can only dream of mission ‘impossible’ 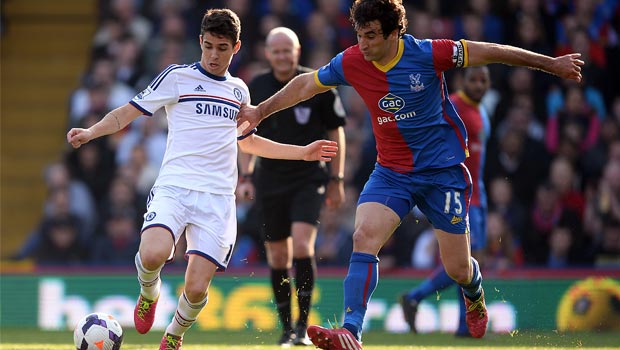 Chelsea’s bid for Premier League honours took a massive hit with a 1-0 defeat at Crystal Palace on Saturday and in typically melodramatic fashion, Jose Mourinho has insisted that it is now ‘impossible’ for his side to claim the title this season.

There would not have been many who would have predicted a win for the Eagles, despite having home advantage and a desperate need for points for a very different reason.

However, John Terry’s own goal proved the defining moment of the match and although Julian Speroni was forced to make a couple of fine saves to deny Eden Hazard, it was Palace that created the clearer openings and on another day might have also had a penalty or two.

Chelsea still remain on the top of the pile despite the defeat, after Arsenal and Manchester City played out a 1-1 draw at the Emirates in the late kick off, but Mourinho has now gone from downplaying the Blues’ title hopes to writing them off completely.

“I think it is now impossible to win the title. We depend too much on other results,” Mourinho told Sky Sports.

“With what happened two weekends ago (losing to Villa) and today, it is too much now and we depend on too many results.

“Of course, with my mentality, I want to try and win every game.

“Since the beginning of the season I am just trying to win without thinking too much about positions, and about points.”

There has been plenty of talk about City’s tilt at the title but after their slip-up – they had led at Arsenal – Liverpool now have the chance to go top of the table when they host Spurs on Sunday, while Chelsea will have to turn their attentions to the Champions League and a date with Paris Saint-Germain next Wednesday.

The French champions have been installed as the 1.98 favourites to win the first leg in the French capital, with the draw on offer at 3.30, while Chelsea can be backed at 3.68 to establish an early advantage with the win.