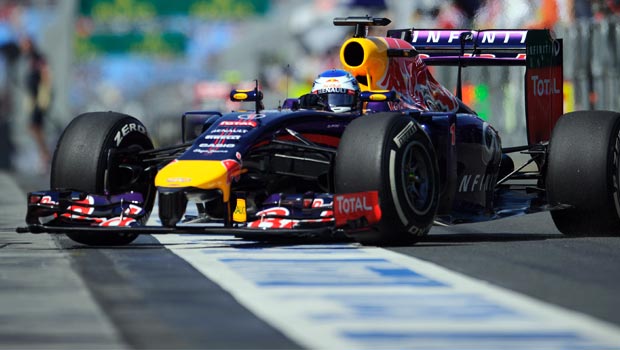 Mercedes perhaps proved they are still the team to beat this season in qualifying for the Malaysian Grand Prix but Sebastian Vettel has insisted that he is more than happy with the improvements that his team Red Bull have shown in a short space of time.

The defending Constructors? champions endured a torrid time in pre-season testing and were largely seen as makeweights, at least for the early races in the season as they try to address the problems and issues with their car under the new regulations.

Daniel Ricciardo proved that maybe the team had been written off a little bit prematurely with his second-place finish in the opening race of the season, the Australian Grand Prix, with Red Bull remaining confident that his subsequent disqualification will be overturned.

Lewis Hamilton has been installed as the 1.85 favourite to take the chequered flag in Malaysia after equalling the British record of Jim Clark by claiming the 33rd pole position of his career, but Vettel seems quietly confident of a strong performance after bettering Nico Rosberg – priced at 4.30 – in qualifying to start alongside the Briton on the front row in Sunday’s race.

Although Vettel insists that Mercedes remain the strongest team in Formula One right now, he is bullish on his chances of landing his first win of the season, at a price of 5.00.

“Mercedes, as a team, have the best package. They’re the favourites at the moment, but after that it is fairly close between the other Mercedes-powered teams, Ferrari and ourselves,” said Vettel.

“But I am very happy with where we are after a very difficult winter. It was very tough, but we’ve worked very hard and it has seemed to pay off.

“We always have a chance to beat everyone, that’s why we are here. Mercedes have the most competitive package and it will be difficult to beat them but it’s not impossible. Yesterday was good, today was very good and I’m keen to find out where we stand because I’ve not yet done a race since Brazil in November.”

Rosberg will start in third with Ferrari’s Fernando Alonso also starting on the second row, while Ricciardo qualified in fifth ahead of the other Ferrari of Kimi Raikkonen.