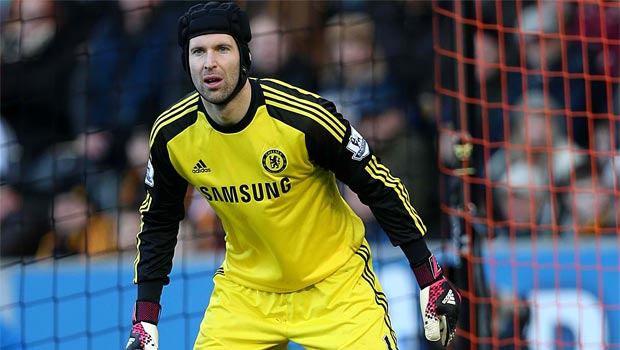 Boss Jose Mourinho claims he is building his squad for a title charge next season, but his side are in the title race and they sit two points behind league leaders Arsenal.

Mourinho’s side produced a tactical master-class at the Etihad Stadium to move level on points with City, with Branislav Ivanovic scoring the winning goal in the first-half. City missed a number of chances on an off-night, but Chelsea themselves hit the woodwork on three occasions.

City were missing a number of key players, including Sergio Aguero and Fernandinho, and Chelsea took full advantage to blow open the title race again.

Cech believes his side could have won by a greater margin, but he admits the result is extremely important to the squad.

The goalkeeper has also echoed his manager’s thoughts that City are favourites with 14 games to go.

He told his personal website: “If we had lost, they would have been six points in front of us. This way it’s level.

“In my opinion, City are still the biggest favourites to win the title.

“Arsenal are two points above them but for us nothing changes. We are carrying on and need to confirm this win with another in the home match versus Newcastle.”

Despite their two-point advantage, Arsenal are third favourites for the title at odds of 5.00. Chelsea can be backed at 2.95, while City are favourites at 2.05 despite Monday’s blip.