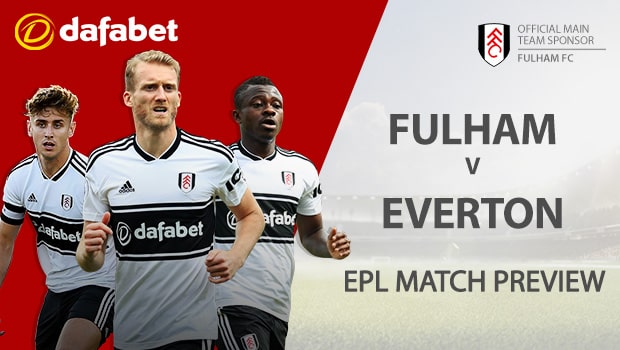 AccuScore is showing some side value in this weekend’s fixture at Craven Cottage between Fulham and Everton.

Draw: There’s a 24.9 percent chance the match ends in a draw. There’s a draw in 26.4 percent of AccuScore sims, suggesting some added side value on the draw.

Last 6: Fulham have 6 losses in their last six overall, most recently a 4-1 road loss vs Watford. Everton has 4 wins, 1 loss and 1 draw in their last 6 overall.

Offsides: Fulham is No. 2 in the league this year in offsides. More often than not, this isn’t a stat to boast about — but it does indicate the team is constantly looking for opportunities to score.

Head to Head: These two sides last met in Premier League action back in September 2018 when Everton won, 3-0. Fulham last defeated Everton in league play back in Sep. 2009.

Gylfi Sigurðsson has a 37 percent chance to net the ball for Everton. He averages 2.58 shots overall per sim, 0.88 shots on goal per and 0.47 goals per sim.

Aleksandar Mitrovic has a 45 percent chance to score for Fulham. He averages 1.2 shots overall per sim, 0.52 shots on goal per and 0.25 goals per sim.

AccuScore sim data projects this matchup to be more competitive than do offshore picks makers. There’s a 45.6 percent chance Fulham either finish in a draw, or win. That happens in 57-to-58 percent of AccuScore sims, suggesting some side value on the ‘underdog.’