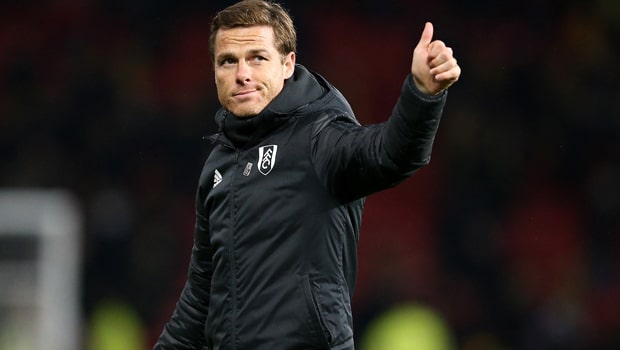 Scott Parker will keep his mind on improving Fulham’s fortunes on the field of play, rather than his own future in the dugout.

The Cottagers are heading back to the Championship next season after just one season at the top table. Parker succeeded Claudio Ranieri in February but was not able to turn things around. Relegation was confirmed following the 4-1 defeat at Watford on April 2.

Parker says he already has one eye on what Fulham will need to do next season and he will use their remaining Premier League fixtures to begin laying foundations.

“I’ve stated before that I am not focusing on myself,” he said.

“[My future] is not something at the forefront of my mind.

Fulham host Everton on Saturday, where they are 4.50 to give Parker his first win as boss. The Toffees are firm favourites at 1.75, while the draw is priced at 3.80.

He says he talks regularly with owner Shahid Khan, though he isn’t necessarily pushing his case to become permanent boss.

“I’m in constant discussion with the owner about how we can improve things and how the club can improve,” added Parker. “But I have certainly not been speaking on the level of ‘am I your guy?’.

That’s because I’m just focusing on the team and the football club and trying to improve us.

“It’s something which is ultimately down to the ownership in terms of who they think is the right person to lead this football club.”