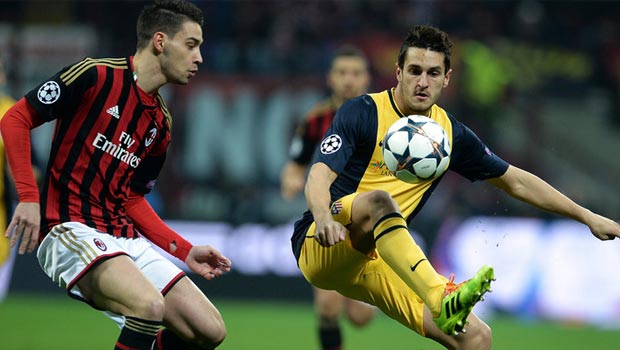 Having secured a 1-0 victory at AC Milan three weeks ago, Atletico Madrid will bid to complete the job and reach the Champions League quarter-finals for the first time since 1997.

Diego Costa’s late winner in Italy is all that separates the two sides ahead of Tuesday night’s encounter at the Vicente Calderon, but the home team enjoyed a 2-1 La Liga victory away to Celta Vigo at the weekend.

In contrast, AC Milan coach Clarence Seedorf rested quite a few key players for the 1-0 loss to Udinese, a result that leaves the Italian giants in 11th place in the Serie A table.

There is sure to be a big influx of talent at the San Siro during the summer, but for now it is make or break time as they bid to post a famous victory against the odds.

Atletico coach Diego Simeone was on the pitch the last time the Spaniards made the last eight 17 years ago, and is taking nothing for granted.

“I’m sure we’ll have a tough, tough games because there’s a lot at stake,” he said. “The resolution of the game will be in control in the middle of the field.

“The opponent has great players and we have to expect the best from Milan.”

With Diego Costa suspended at the weekend, David Villa stepped in and scored twice, and earned compliments from Simeone, but he is likely to be on the bench to make way for the return of Costa.

Atletico have won 15 of their last 16 home games in all UEFA competitions, while Milan have been knocked out of the Champions League by Spanish opposition (Barcelona) in each of the past two seasons.