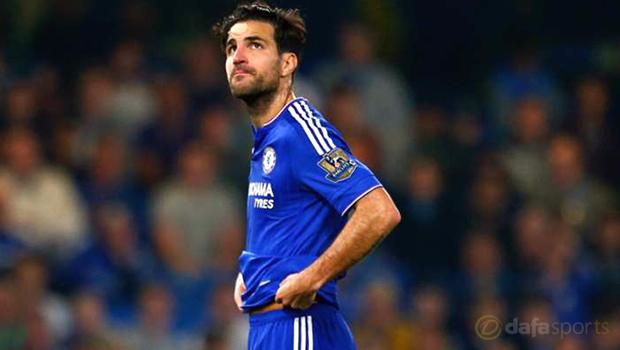 The champions have endured a nightmare slump to begin this season, losing seven of their opening 12 games. The capital club are languishing in 16th spot, just three points above the relegation zone.

Fabregas says they have been luckless so far this season and have not enjoyed the results their performances have merited, but he warned that must change quickly.

“This season is a pain. Things are not going for us and the results don’t do justice to how we are playing. We are doing things better, but there’s no luck. We have to start winning now,” he told Marca.

“That’s the only thing that can take us forward. Nobody is going to help us. In the Champions League we can hurt the big teams, but in the Premier League we have to wake up now. Right now.”

The west Londoners welcome Norwich City to Stamford Bridge on Saturday as they gear up for the notoriously heavy schedule in England’s top flight between now and January.

Fabregas hailed his first season at Stamford Bridge as ‘spectacular’ as he grabbed a first ever Premier League winner’s medal. This season things have been different, but the Spaniard has called for a united front in order to take Chelsea out of this blip.

Despite suggestions to the contrary, he once again reiterated his relationship with manager Jose Mourinho is a good one.

Chelsea are 1.44 to defeat Norwich on Saturday. The Blues meanwhile are 17.00 to win the Champions League this season, where Fabregas suggests they can still ‘hurt’ the big teams.