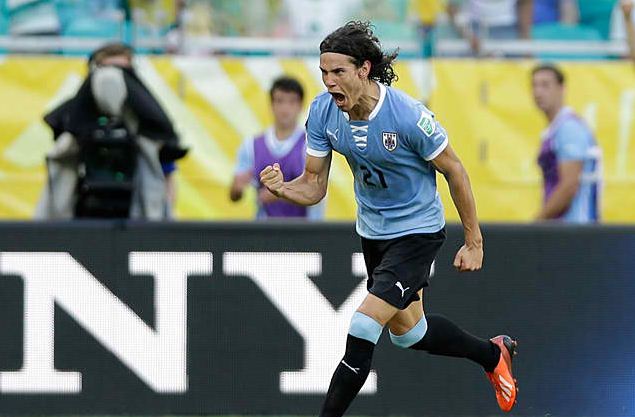 Edinson Cavani admitted that ongoing speculation surrounding his future is finally starting to get to him and is hoping it can be resolved in near future.

The 26-year-old has impressed hugely during his time in Serie A, firstly with Palermo, almost firing them to the Champions League in 2010, before a subsequent move to Napoli has brought further recognition.

The Uruguay hitman boasts a phenomenal record for the Naples outfit, finishing top scorer is Serie A last term with 29 goals while his overall record of 78 goals in 104 appearances for the Partenopei has caught the attentions of Europe’s biggest clubs.

A whole host have been linked with a potential move in the past but Chelsea and Real Madrid have seemingly become the front-runners in recent times.

Neither club though has yet to put in an offer that matches Napoli’s valuation and although the latest reports suggest Real are to return with a bid of £45m, that still falls short of his buyout clause of £52m.

Cavani has now admitted that the speculation and rumours are starting to affect his performances on the pitch, and will be hopeful that he can focus solely on football matters in the near future.

“In this moment, everything is under pressure,” Cavani told Sky Italia. “Everything can be misunderstood. I prefer being calm. I go forward with my mentality.

“At the beginning of the Confederations Cup, I did not believe the market rumours would have given me trouble. But, at the end, I admit they have disturbed me a little.”

Cavani is currently in Brazil at the Confederations Cup and will be hoping to fire Uruguay to victory over a team he should know well, Italy, in the third-fourth pace play-off on Sunday.