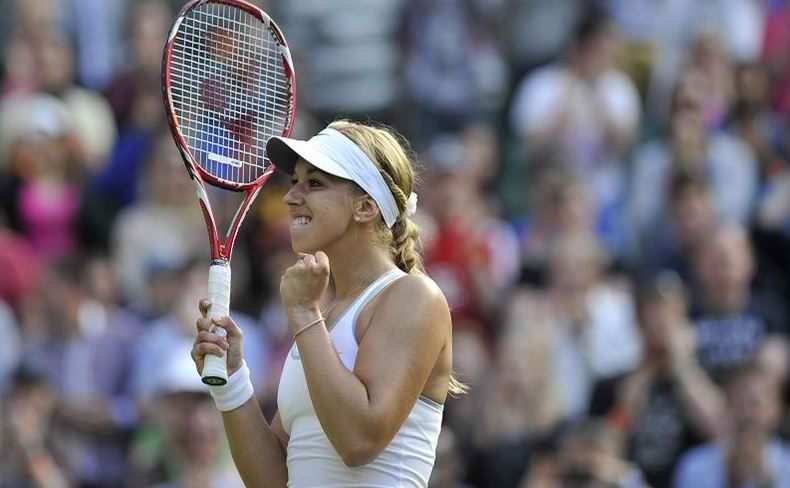 Sabine Lisicki is under no illusions as to size of task facing her in next round at Wimbledon but insists she is undaunted by challenge of Serena Williams.

The German 23rd seed has been in impressive form on the grass courts at SW19 this year and came from a set down to beat former US Open champion and number 14 seed Sam Stosur 4-6 6-2 6-1 on Saturday.

Lisicki has previous at Wimbledon having made the semi-finals in 2011 and avenged that defeat – to Maria Sharapova – last year on her run to the last eight where she was beaten by compatriot Angelique Kerber.

Standing in her way now though is the imposing figure of Williams, arguably the greatest female player of all time who has seemingly swept all before over the last 12 months.

The world number one won this title last year along with the Olympics, the US Open and the season-ending finale, and although she suffered a surprise defeat in Australia, Williams bounced back in Paris to claim only her second French Open last month.

The American has barely broken sweat at Wimbledon so far, destroying Kimiko Date-Krumm 6-2 6-0 in the third-round on Saturday, but Lisicki is convinced that she can cause an upset.

“You have to play your best to beat her, that’s for sure,” Lisicki said.

“But everyone is a human being and we will have to see what happens.

“I was in the situation last year where everyone was saying Maria Sharapova was the favourite (Lisicki beat her). I’m probably going in as the underdog but I like that.”

Williams holds a 2-0 lead in the head-to-head record between the two players, although one of those results was a retirement, but perhaps more worryingly for Lisicki, her opponent actually believes there is improvement to come.