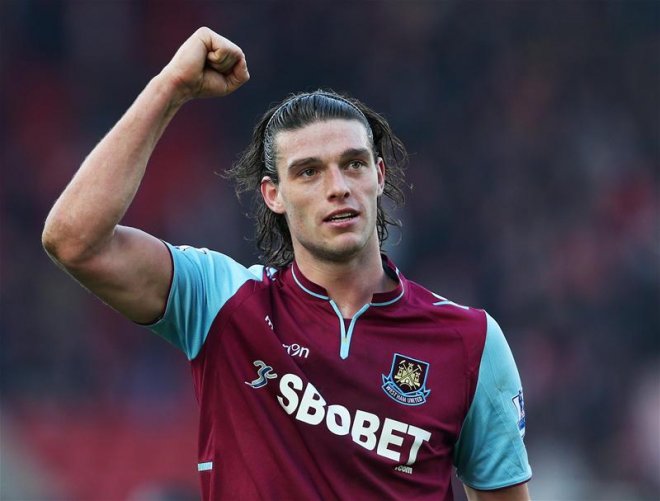 According to sources, the initial fee is around £12million, and could rise depending on his success with the Hammers.

The Englishman ended his season-long loan with a 4-2 win over Reading in the Premier League on Sunday.

He has scored seven goals, and enjoyed a good run in the latter stages of the season, earning him a call-up to the English squad.

West Ham boss Sam Allardyce revealed that keeping him at Upton Park was the main priority.

Reports revealed that former club Newcastle United and Ligue 1 outfit Monaco wanted to bring the towering striker in but it seems that Carroll is staying in East London.

Signed by Liverpool in January 2011 for a fee of £35million, Carroll failed to make any impact with the Reds – scoring only six league goals in 44 appearances.

When asked about his spell with West Ham, Carroll said: “I have enjoyed every minute of being here.

“I have just tried to play my best in every match, score goals and keep myself fit once I got back from the injuries I had and then push on from there.

“I have worked hard to get myself back in the England squad, trying to play my best for West Ham, so I am really pleased about that. I just have to make sure I keep playing well to stay in there.

“I have had a great season here, really enjoyed being part of a great set of lads in the team, with the staff around us and the fans. Everyone has been so welcoming to me. This is a great club.”