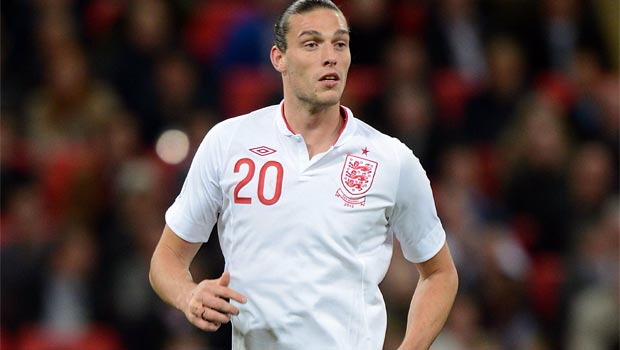 West Ham striker Andy Carroll is confident there is enough of the season left to make sure he is part of the England squad for this summer’s World Cup.

The 25-year-old made his return from eight months on the sidelines for West Ham last weekend having suffered numerous setbacks in his recovery from a heel problem.

Carroll’s lengthy lay-off has left him with a mountain to climb if he is to secure a place in Roy Hodgson’s 23-man squad for this summer’s tournament.

The former Newcastle forward’s last appearance for the national side came in the 5-0 thrashing of San Marino in a World Cup qualifier in 2012 and, since that time, the likes of Rickie Lambert and Jay Rodriguez have moved ahead of him in the pecking order.

With Daniel Sturridge, Danny Welbeck and Wayne Rooney likely to take up three of the four striker slots available, the fight is on for a place on the plane to Brazil.

Carroll hopes his injury problems are behind him and can therefore look forward to a trouble free run through to the end of the season.

The 6ft 4in striker hopes he can earn a spot in the England squad by firing West Ham to safety, Carroll returning to action with his club side outside the relegation zone only on goal difference.

“Of course the World Cup is massive and everybody wants to be involved. It’s in my head that there’s still a chance for me to go (to Brazil), and I’d be devastated if I missed out, to be honest.”

“That’s a great incentive for me to do as well as I possibly can for West Ham.”

Carroll would certainly give England something different if he was taken to Brazil but his previous injury problems might put Hodgson off taking the striker to the World Cup.

England are priced at 3.10 to win Group D, while their first round opponents Italy are 2.55 to top the pool.