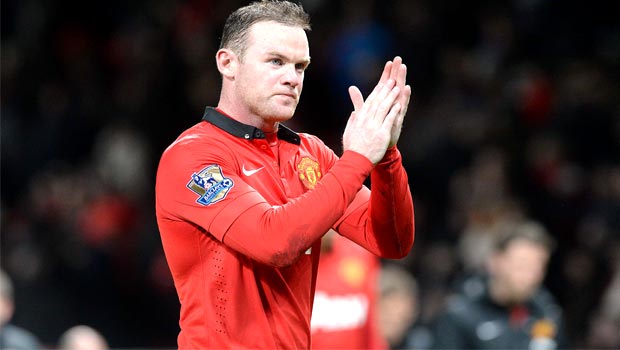 Manchester United manager David Moyes has rubbished claims by Chelsea counterpart Jose Mourinho that Wayne Rooney will leave Old Trafford at the end of the season.

The England international will miss Sunday’s big clash between the Blues and United through injury but still found himself at the centre of both manager’s press conferences on Friday.

Mourinho, who made a move to sign the 28-year-old last summer, said he has given up any hope of bringing Rooney to Stamford Bridge but claims he knows he will join a “non-domestic rival” when the current season ends.

Rooney had been in scintillating form this term before picking up a groin injury and United had hoped to open contract talks with him before his current deals enters its final year this summer.

The former Everton hitman has so far put off talks over his future at the champions, prompting speculation he is considering a move elsewhere.

Moyes has been quick to deny talk of one of his key men being sold this summer though, claiming he is confident United will resolve the striker’s contract situation in due course.

When asked about Mourinho’s claim that Rooney will leave this year, Moyes responded: “I can only tell you that I disagree – although he will go to Brazil!”

The Scot then refused to get involved with what appears to be an attempt at mind games by his Chelsea counterpart.

“I can’t tell you what his motivation is but only time will give you an answer about Wayne. The club will deal with that – they will do all they need to do, no question.”

Rooney has just returned from some warm weather training in a bid to aid his recovery and it is hoped he will play some part in the Capital One Cup semi-final second leg with Sunderland next week.