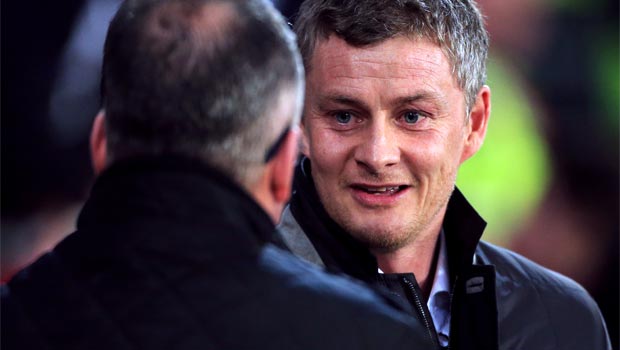 Cardiff City boss Ole Gunnar Solskjaer insists his side can escape the drop and has urged them to try and emulate the successes of the Welsh rugby union side.

The Bluebirds were beaten 4-0 by Hull City at the Cardiff City Stadium in their last Premier League fixture and many pundits have suggested Solskjaer’s side are heading for an immediate return to the Championship.

Cardiff City travel to Spurs this weekend and Solskjaer is seeking a response.

The Norwegian manager feels his players can draw inspiration from Warren Gatland’s Wales squad, who bounced back from a heavy defeat at the hands of Ireland with a resounding 27-6 victory over France in the Six Nations tournament.

“Wales were outstanding as they defeated France and yet only a week or so earlier they had been battered by Ireland.

“You can be rated by the critics as the worst team in the world when things don’t go your way – and suddenly the best team when they do.

“People have opinions. We have people who doubt us and many may feel we are down. That’s their opinion and they are entitled to that, but we are together and we believe in what we are doing.”

Cardiff have picked up just four points from seven league games since former Manchester United striker Solskjaer replaced Malky Mackay as the club’s manager, with their only victory coming against Norwich at the start of the month.

Solskjaer, however, remains convinced they can pull clear of the relegation placed and has his sights set on a win at White Hart Lane.

“Why can’t we go to Spurs and earn some reward?” he added. “Why not? We have to travel with genuine belief that we can get something.

“Spurs won’t be happy with their result at Norwich City (a 1-0 defeat) and we go there with high hopes we can achieve a positive result.

“We have the opportunity to get out of this.”

Cardiff can be backed at 9.61 to pick up all three points at Spurs on Sunday, while Solskjaer’s side are 1.28 to be relegated and 2.50 to finish bottom of the Premier League table.