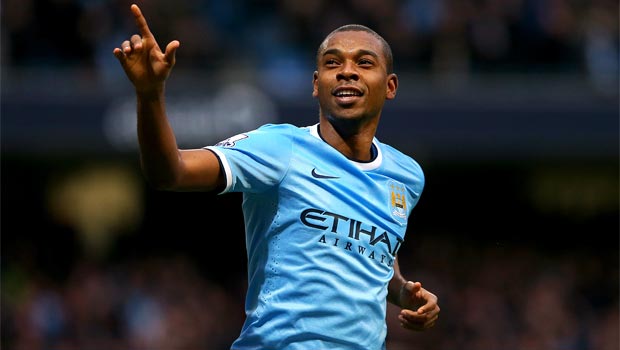 Manchester City star Fernandinho has his sights set on silverware ahead of his side’s Capital One Cup final showdown with Sunderland on Sunday.

The Brazil midfielder joined Manchester City in a big-money summer move from Ukrainian outfit Shakhtar Donetsk ahead of the current campaign and has established himself as a regular starter under Manuel Pellegrini since joining the Premier League club.

Fernandinho has seemingly adapted well to the English game and his performances of late have earned him a recall to the Brazil squad for the first time in nearly two years ahead of next month’s friendly with South Africa.

However, the 28-year-old claims the fixtures in England are more challenging than he has previously experienced and insists City will have to be at their best to see off relegation-threatened Sunderland on Sunday.

“In England, each game is difficult,” he told his club’s official website. “The performance of the team always has to be very good to win – this is the main difference between football in England and where I’ve played previously.

“I have no doubt that Sunday will be like this against Sunderland and we must be at our best to make sure we get to lift the trophy.”

Fernandinho, who won six league titles and the UEFA Cup during his time with Shakhtar, admits he is desperate to get his hands on the first piece of silverware available to City this season.

He added: “We have a chance to win the Capital One Cup and we will try to do it – we always want to win every competition we are in and this is a very important tournament.

“It would be a good start for me here in England in my first season, to win the first competition available.”

City are 1.14 to win the Capital One Cup outright, while Sunderland can be backed at 5.54.