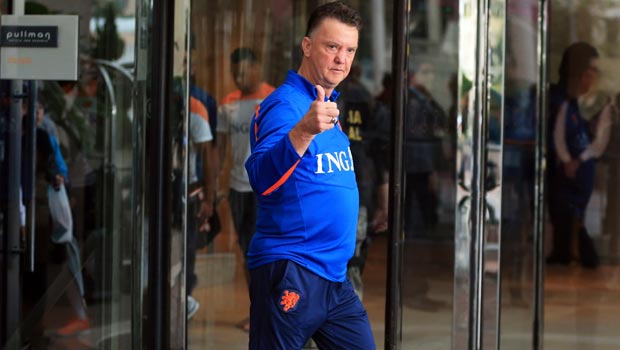 Manchester United legend Bryan Robson is expecting new boss Louis van Gaal to have an immediate impact on the team as they look to return to the Premier League title race in the new season.

The Red Devils turned to the experienced 62-year-old Dutch tactician this summer after David Moyes’ disastrous one season at the helm ended with the club finishing down in seventh position and with no European football on the menu at Old Trafford next season.

And with Van Gaal already having enjoyed title success with Ajax, Barcelona, Bayern Munich and AZ Alkmaar during his managerial career, Robson is looking for him to get United fighting it out for the Premier League and other trophies like they were under Sir Alex Ferguson’s leadership before his retirement in 2013.

On Van Gaal, who starts work at United on Wednesday having just guided the Netherlands to the semi-finals of the World Cup, where they lost out to Argentina on penalties, Robson told BBC Sport: “You could see Holland were very well organised and there was discipline. Hopefully, he can bring that to Manchester. I think he will.”

He added: “His CV is great. He’s got great experience with top clubs and top players.

“A lot of the players let themselves down and didn’t perform the way they had under Sir Alex.

“They will be up for the challenge and will be excited by the new coach.”

“The players get a bit more rest and you don’t get as many injuries,”
he said. “That can also be a real advantage.”

United are 5.80 to win the Premier League in the new season, while Chelsea are 2.80 favourites and holders Manchester City are 3.00.