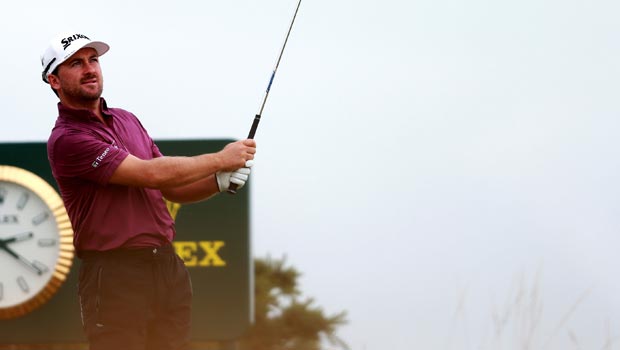 Graeme McDowell is desperate to add the Open Championship to his only major success, the 2010 US Open, and he is aiming to do it at Royal Liverpool this week.

The 34-year-old Northern Irishman’s career-best finish at the Open was fifth-place in 2012, while he led after the first round only to fall away in the next three rounds when the tournament was last held on the tough links course at Hoylake in 2006.

McDowell comes into this year’s event on a high having defended his French Open crown just a fortnight ago and he is looking to use that confidence to help spur him on when he tees off on Thursday.

After joking that he would give his left arm to lift the Claret Jug at the end of Sunday’s final round, he said: “I feel like I’m ready to kick on to the next chapter in my career now and compete and win more major championships.

“I certainly don’t want to be a one-hit wonder and I’ve learned a lot over the last few years since my US Open victory.

“Winning regular tournaments is hard enough, winning the majors is something different, something special.

“I’d love a Claret Jug. Probably that and the green jacket (given to Masters champions) are probably neck and neck, but the Claret Jug is probably the one that I feel like I have the game to win as opposed to the Masters.

“I guess what I’m saying is I’m more motivated than ever to win major championships.

“I think I’ve got the experience and belief and knowledge where if I can play my game, I have the tools to then hang around for 72 holes and perhaps get the job done. I feel like I’m more ready than I’ve ever been to win another major.”

McDowell is 26.00 to win the Open Championship at Hoylake, while fellow compatriot Rory McIlroy is 16.00 and Tiger Woods can be backed at 21.00.