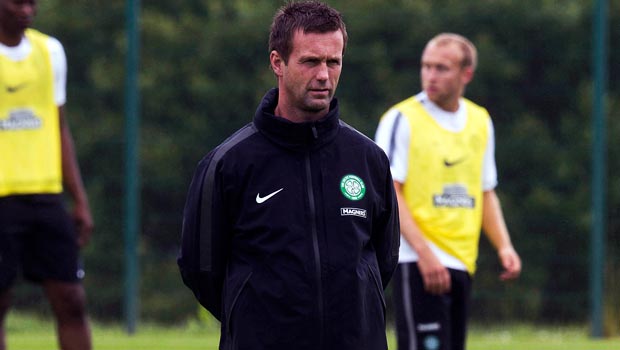 Celtic boss Ronny Deila expects his side to score more goals in the second leg of their Champions League second qualifier round tie against KR Reykjavik after claiming they “deserved more” from Tuesday’s 1-0 win in Iceland.

The 38-year-old Norwegian tactician took charge of his first competitive game with the Scottish Premiership champions after replacing Neil Lennon this summer.

And following a lacklustre opening half against their part-time opponents at KR-vollur, Deila was pleased with the way the players performed after the break as 21-year-old Callum McGregor scored the only goal of the game six minutes from time on his competitive debut.

The first leg lead could have been much healthier but Kris Commons and Leigh Griffiths both hit the crossbar, while substitute Teemu Pukki hit a shot against the post later in the second half.

But Deila saw enough to suggest Celtic will add more goals to their first leg tally when the sides meet again in the second leg.

The Hoops will play the tie at Murrayfield next Tuesday because Celtic Park is being used for the Commonwealth Games.

“I love to win, I am here to win,” said Deila. “But I also need to win in a certain way as well. Today was a step forward in how we want to play and that’s what I’m most happy about.

“If we’d been zero-zero I’d have been perfectly happy because I know we’re going to score goals in the next leg as well.

“Of course there’s relief to get that first win. We deserved more from this game, but I’m looking forward and I took a lot of energy from this. I liked what I saw of the team in the second half and I want more.”

Meanwhile Celtic can be backed at 1.38 to win the Scottish Premiership crown next season.