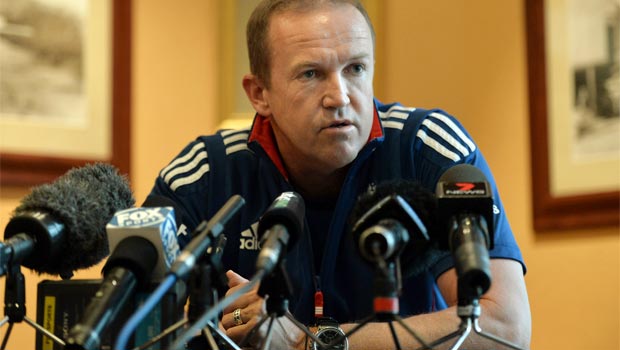 England coach Andy Flower says there will be changes to the team for the third Test in Perth following a shocking start to the Ashes.

The tourists head to the Waca on the verge of losing the Ashes after going 2-0 down in the series in Adelaide on Monday.

Captain Alastair Cook’s men were once again well below-par at the Adelaide Oval as they were soundly beaten by Australia for the second Test running.

The defeat has lead to many England pundits fearing a series whitewash, an outcome which was inconceivable at the start of the Ashes given the tourists had won the last three series.

Flower’s team face an uphill struggle to retain the famous urn heading into the third Test in Perth, a venue which has been something of a fortress for Australia in recent times.

The Baggy Greens have only lost once to England in the Western Australia city and are the favourites to regain the Ashes with another comprehensive victory.

Flower is determined not to let that happen, insisting the squad are ready to dig in and fight to keep the series alive.

In a bid to make sure England do not go 3-0 down, Flower says he will make changes in Perth, with an extra pace bowler expected to be introduced.

“We have taken some serious hits but we do have a squad full of people who are determined to turn the ship around, and that’s what we must do,” said Flower.

“I’m absolutely ready to make tough decisions. There will obviously be changes in Perth.”

Flower went on to deny talk that England have been intimidated by Australia’s aggressive approach, with fast bowler Mitchell Johnson the architect of the tourists’ downfall in the first two Tests.