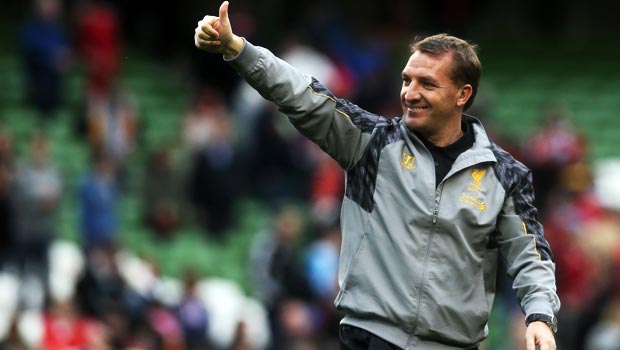 Liverpool’s future looks to be in safe hands after boss Brendan Rodgers penned a new long-term deal with the club.

Rodgers has worked wonders since taking charge at Anfield, and last season came within a whisker of winning the club their first league title since 1990.

However Champions League football is back on the agenda and Liverpool’s future looks to be a bright one now that Rodgers has been tied down.

The length of the deal has not been revealed, but Rodgers is happy and believes he now has the ideal platform to move Liverpool on to the next level.

“I am both humbled and privileged to be offered the chance to extend my stay at this great club,” he said in a statement.

“I am very happy to build on the foundations we have built over the last two years and now we move onto the next phase which I believe will be as exciting, challenging and rewarding.

“I would like to place on record my thanks to the players and staff, who have been absolutely brilliant for me since the day I started at this great football club.

“I am grateful to our owners and senior management team who have supported me and who share my vision of how we can progress on the field.

“Finally, I must thank the supporters who are at the heart of everything we do here. I am honoured every day to lead this team and I thank the fans for their continued support as together we strive to bring success back to Liverpool Football Club.”

Liverpool fans will be hoping for another title push in the new campaign, but it may not be easy as Rodgers now also has European football and the added weight of expectation to deal with.