Rory McIlroy looks to US Open 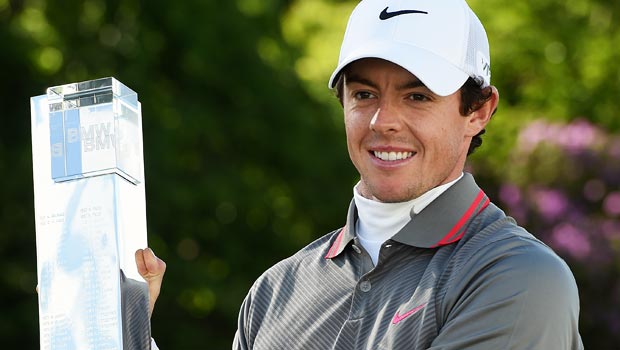 Rory McIlroy says it will not be long before he is back contending for major titles after he pulled off a shock win in the BMW PGA Championship.

The Northern Irishman had missed the cut in his last two appearances in the tournament at Wentworth and not many would have predicted what was to come on this occasion on Sunday.

The week got off to a bad start after he announced his wedding to tennis star Caroline Wozniacki was off, but he managed to pull himself together to fire a final-round 66 and come from seven shots behind to secure the win that takes him from 10th to sixth in the world rankings.

“I think the win at the end of last year in Australia stopped all the questions about equipment and about struggling and a slump and all this stuff,” the former world number one said.

“I think this victory here, against a great field, one of the best fields of the year, sort of cements that and shows where my game is and that I’m on the right track again. Hopefully it won’t be long before I’m contending in majors and having a chance to win those again.”

McIlroy is now turning his attention to the US Open at Pinehurst in two weeks, and believes his game is in great shape going into it.

“I can only go on what I’ve read and what I’ve heard about Pinehurst because I’ve never been there,” added McIlroy.