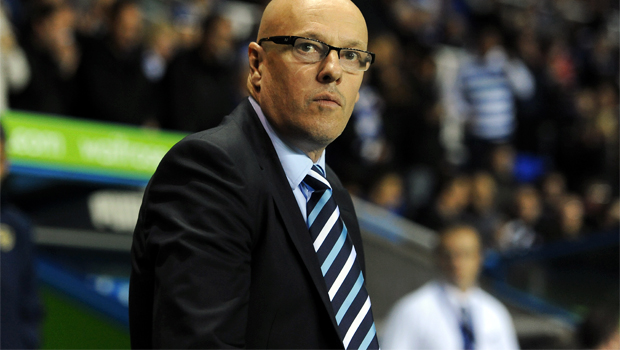 The United boss has been linked with a host of players in the media, following the opening of the loan window, but says he is constantly weighing up his options and won’t be rushed into adding any new faces to his squad.

“If I’m going to bring a player it has to be one who can make a difference to us,” he said. “There’s no point in signing a player for signings sake.

“I spoke to the owners and have said that to them. I won’t do that. It might have happened here in the past, but I’m not going to do that. We’re working with the players we have.

“I have five strikers here, I’d like it that they catch fire and get the goals we need. Trying to find a striker that can get you the goals and one who can come here at this moment in time isn’t easy.”

The boss has been heavily linked with former Arsenal, Blackburn, and Tottenham winger David Bentley, who is currently without a club.

“You can’t take someone just because they are an easy deal,” said the boss. “We’ve got Ross McCormack in there and we’ve got Dioufy in there, and they are similar players.

“I think David Bentley is a good player, but they’re here and in that mould and the last thing you want to do is stockpile players in the same position. That isn’t right.”

A number of other players have also been linked in the media, but the manager said: “I never mention names. It’s just complete speculation (in the media). We’re always looking to improve the squad.

“In (the owner’s) words he said if a player becomes available who can make the difference he will support me. We had a good conversation and I think it’s important I keep the board in touch with what I want to do.”