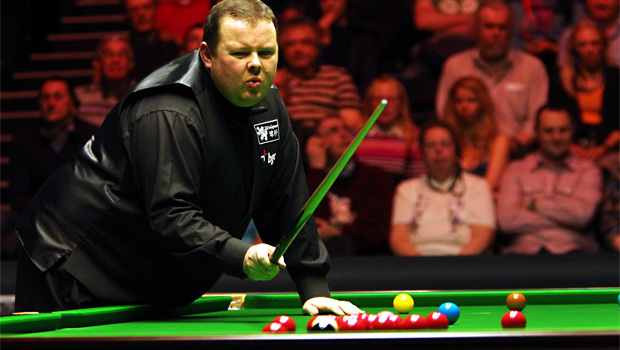 Former world number five Stephen Lee has been banned from snooker for 12 years after being found guilty of seven charges of match fixing.

Following a lengthy investigation, Lee was found guilty of match fixing by an independent tribunal last week and today learnt his fate.

The match-fixing charges relate to seven matches in 2008 and 2009 when Lee was said to be in a ‘financially perilous state’ and was also described as ‘a weak man in a vulnerable position who succumbed to temptation’.

Even so the World Professional Billards and Snooker Association (WPBSA) have come down hard the player.

WPBSA had been pushing for a lifetime ban but 12 years is effectively the same thing, according to the organisation’s head of disciplinary Nigel Mawer.

“We did say we were seeking a life ban because it was seven matches that had been fixed including during the world championships,” Mawer revealed.

“But in effect it is a life ban because I think it is highly unlikely that Stephen Lee will be able to come back to the sport at this level.

“We don’t take great pleasure out of that – this is a case of a fantastic snooker player who has thrown it all away through making the wrong decisions.

“It is only human to have a degree of sympathy for him and it is going to be very difficult for him but we have to send a very strong message that match-fixing is not going to be tolerated.”

The suspension is to be calculated from 12 October 2012, when the interim suspension was imposed, so Lee, who has also been ordered to pay £40,000 costs, will not be able to participate in snooker before 12 October 2024.