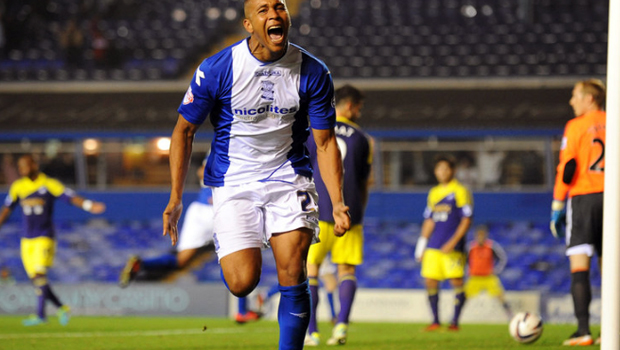 “To win a game like that against the quality of opposition that we were up against tonight is very satisfying. Not only are they the holders but I felt this is the hardest tie we could have got outside the so-called top-six. I think Swansea are a club on the up and even though they made changes I don’t think it affects them. My players had to work unbelievably hard to achieve the result.”

Clark on what this result will do for the morale of his player,

“I can see the players are gaining confidence game by game. There were some terrific individual performances out there tonight. My players have stuck to the game-plan and showed good discipline. That’s why I was frustrated at the end because I think the work ethic they’ve put in deserved a clean sheet. My goalkeeper (Colin Doyle) deserved that. He’s been very unlucky this season. He’s been brilliant for us in the three cup-ties. I’m absolutely delighted with the whole group tonight.”

“It’s always nice to score. I tried to fit about seven celebrations into one! The ball has gone up long, Caddy’s knocked it back in and I’ve headed it. I always tell the lads that I’m pretty terrible at attacking heading so to see it go in the net I was surprised. I’m just happy to score.”

Dan Burn on a great few days for Blues with comprehensive wins over Sheffield Wednesday and Swansea City,

“Now we’re starting to get results you can see the confidence is building around the team and lads are more comfortable on the ball. Matty Green has got his second goal and he looked an absolutely great player tonight holding the ball up. If we can keep producing results then we’re just going to continue to get better. ”