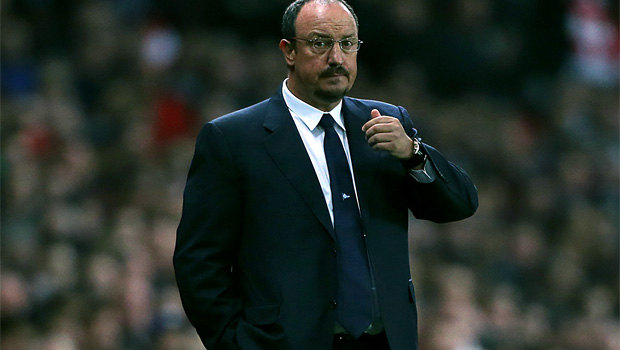 Napoli boss Rafael Benitez does not feel that Friday’s top-of-the-table clash with Roma will determine which club wins the Scudetto this season.

The Naples-based outfit will head to the Stadio Olimpico to try to become the first side in Serie A this season to take points off Rudi Garcia’s men.

Roma have won their first seven top-flight games and sit proudly at the top of the standings, with 21 points.

But Napoli are just one place and two points behind, having won six of their seven matches, and it looks set to be a cracking contest in the Italian capital.

Juventus have also garnered 19 points to date and are still many pundits’ favourites to defend their title this term.

And, with so many matches still to play this season, former Liverpool boss Benitez has been quick to play down the significance of Friday’s clash in the Eternal City.

“There are a lot of matches in Serie A and it is a race based on resistance,” he told Il Mattin. “The championship is won at the end of the season, not on Friday night.”

Garcia has turned things around at Roma since taking the reins in the summer of 2013 and has been roundly praised for the way he has gone about his business.

Benitez has also enhanced his reputation back in Serie A but does not see the upcoming match-up as a battle of the bosses.