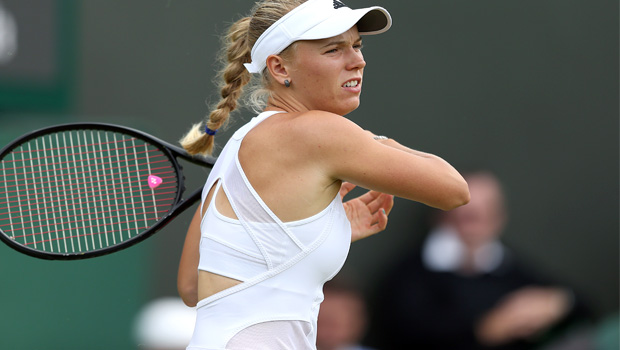 Top seed Caroline Wozniacki was made to work hard by home favourite Mandy Minella in her first match at the Luxembourg Open.

The former world number one has not enjoyed her best year on the circuit but, with a weak field for the event, she will have high hopes of winning her first tournament since last October’s Kremlin Cup.

The Dane took the first set comfortably and was expected to breeze through the second, but was pushed to a tie-break by the world number 114 before coming through 6-3 7-6.

She will hope to improve as the tournament progresses and next faces Romania’s Monica Niculescu at the Kockelscheuer Sport Centre.

Elsewhere, rising star Sloane Stephens eased to a 6-3 6-3 victory over Swiss wild card Timea Bacsinszky and will now play Yvonne Meusburger, and the American was happy to get past an opponent whom she knew little about.

“It was tough,” she said. “Obviously playing a player I had never played before, or even seen play, was a little bit tricky.

“But I thought I played pretty good overall, so I was happy to get the win.”

Meusburger moved into the next round with a 6-4 6-2 success over Irina-Camelia Begu, while Germany’s Sabine Lisicki bounced back from the loss of the opening set to down Croatia’s Donna Vekic 2-6 6-3 6-0.

There were two casualties from the seeded players, however, as Wimbledon semi-finalist Kirsten Flipkens lost to Katarzyna Piter of Poland 6-4 6-2 and Germany’s Mona Barthel crashed out to Stefanie Voegele of Switzerland 6-1 4-6 6-7.