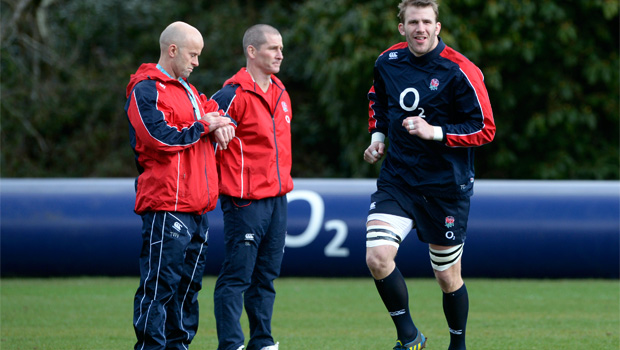 England coach Stuart Lancaster insists he is happy with the make-up of his squad after selecting three uncapped centres for next month’s autumn Tests.

The Red Rose are set to take on Australia on November 2, with a clash against Argentina just seven days later.

The mighty All Blacks will be in town on November 16 to end England’s pre-Christmas schedule and that is the match that will show just how far England have come under Lancaster’s guidance.

With injuries to key players such as Manu Tuilagi and Brad Barritt, Saracens’ Joel Tomkins, Gloucester’s Henry Trinder and Northampton’s Luther Burrell have been called up along with Exeter flanker Tom Johnson.

And despite the lack of experience in midfield, the coach feels the new men will have a chance to prove that they can handle the pressure of playing on the biggest stage.

“We are pleased with the form of the squad,” he said. “Inevitably there have been some injuries and there is still a big European weekend ahead.

“But injures always create opportunities and we are pleased to call up Tom Johnson, Joel Tomkins, Henry Trinder and Luther Burrell into the senior squad.”

England have made great strides under the current coaching regime and finished second behind Wales in last season’s Six Nations Championship.

They are expected to challenge for honours again early next year but Lancaster insists he is not looking too far ahead and is focused on the immediate task of beating the southern hemisphere trio.

“We have three major Tests ahead of us and we are looking forward to the challenge,” he added.