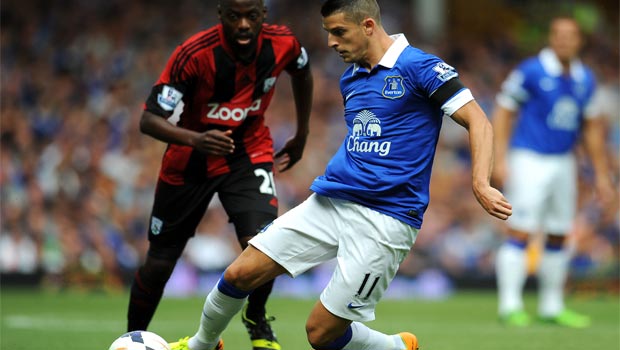 Draw specialists West Bromwich Albion and Everton meet at The Hawthorns on Monday night, with neither hoping to settle for just a point.

The two sides have different agendas, with West Brom looking to make an immediate impact under new coach Pepe Mel as they bid to escape from the relegation zone, while Everton look to leapfrog over neighbours Liverpool to stay in contention for a Champions League place.

The problem with both sides this season has been too many draws for West Brom who have recorded the most in the Premier League with nine, while Monday night’s visitors are right behind with eight, so if ever a match screamed draw, this is surely it with the game at 3.35 to be all square at full-time.

Everton’s squad have been enjoying the sunshine in Tenerife since beating Norwich 2-0, and have strengthened the attack by signing Aiden McGeady from CSKA Moscow. The winger, a one-time Celtic man as well, is looking forward to helping the Toffees qualify for Europe.

“That would be amazing for everyone, the fans, the club,” he said.

“It’s more that everyone is hoping rather than expecting because the top four or five teams in England are all very strong, financially very strong but who is to say this team couldn’t get there towards the end of the season?

“There are a lot of talented players with a great manager and backroom staff. We’ve had a lot of great results as well. Nothing is out of the question.”

If McGeady has done his homework he will know that West Brom have won four of the last 10 meetings between the sides at The Hawthorns, and they will be keen to impress their new manager Mel, who will be relieved to learn that Ross Barkley will not line up for the visitors, as the young England star has a toe injury.

That’s the good news-the bad news is that Romelu Lukaku will almost certainly lead the Toffees attack against a side for whom he scored 17 goals last season. With nine goals this term, he will be fancied to get on the scoresheet again.

As for West Brom, with Shane Long off to Hull, and former Everton striker Victor Anichebe nursing a groin strain, attacking options are thin on the ground for the Baggies, and if they are to find the net, it may be Saido Berahino that provides the threat.

One thing is for certain, with his former club Real Betis in deep trouble at the bottom of La Liga, West Brom boss Mel will try his hardest to keep his new club from suffering the same fate come the end of the season.

Kick off is at 8pm UK time on Monday evening.