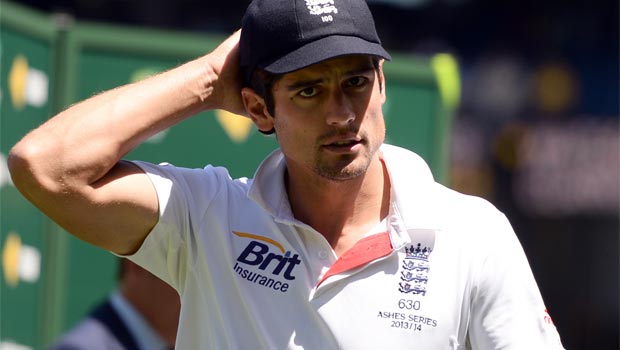 A seven-wicket defeat in the third one-day international in Sydney ended England’s hopes of rescuing their dismal tour of Australia.

After the humiliating 5-0 Ashes whitewash, it was hoped that Alastair Cook’s side would regain some pride at least with a bold show in the ODI series.

However, after successive defeats in Melbourne and Brisbane, the match in Sydney took on greater significance.

And it was not long before the barmy army realised that they were not going to see some magnificent turnaround in England’s fortunes as they struggled to 243 for 9 off 50 overs.

Once again it was left to Eoin Morgan to provide the bulk of the runs, as he scored 54 before being caught and bowled by Dan Christian, while number eight Tim Bresnan rattled up an impressive 41, including back-to-back sixes in the final over.

They however, were the few bright spots in an otherwise moderate batting performance, and few in the ground expected anything less than a defeat for the tourists.

In reply, David Warner and Shaun Marsh scored half-centuries, both coincidentally ending with 71 runs each, with the latter unbeaten at the crease, as he and Brad Haddin guided Australia to an all too easy seven-wicket victory, and indeed the series itself.

With two matches still left in the ODI series, in Perth on Friday and Adelaide on Sunday, England now face the prospect of yet another whitewash.