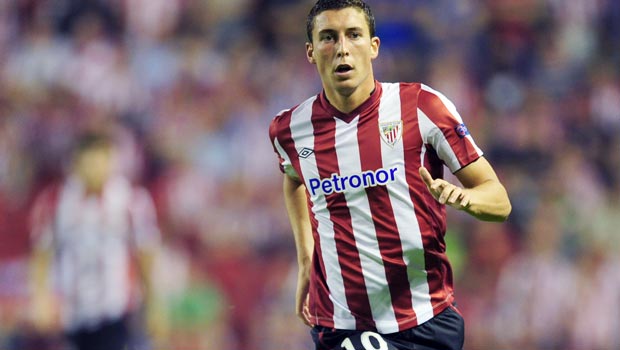 Athletic Bilbao take on Napoli in the second leg of their Champions League qualifier this week and Oscar de Marcos has called on the San Mames faithful to be their extra man to help secure progression into the lucrative group stages.

The Basques appear to have the edge going into the second leg as Iker Muniain scored a crucial away goal to secure a 1-1 draw at the Stadio San Paolo last Tuesday.

Rather than play it safe though, De Marcos has revealed that Los Leones will be taking the attitude that it is a one-off game and will go for the win from the outset in a bid to settle the contest early.

“The result from the first leg does not count. [Ernesto] Valverde wants the team to be always proactive, especially in front of our own fans,” he said.

“We are a team that relies heavily on the collective. Our extra man is San Mames, where there are the best fans in the world.

“Nothing has been decided, we will put everything into this 90 minutes and it will be a battle.”

Bilbao may have the advantage in the fact that their domestic season has already begun, with Serie A not starting until next weekend, and they are priced as 2.12 favourites in the 1X2 betting, with Napoli on offer at 3.38 and the draw at 3.20.

Ernesto Valverde’s men will be glad to be back at the San Mames having been beaten 1-0 at Malaga, who ended the game with nine men, in their La Liga opener, although they were controversially denied an equaliser late on when goalkeeper Gorka Iraizoz’s header was ruled out for an apparent foul.