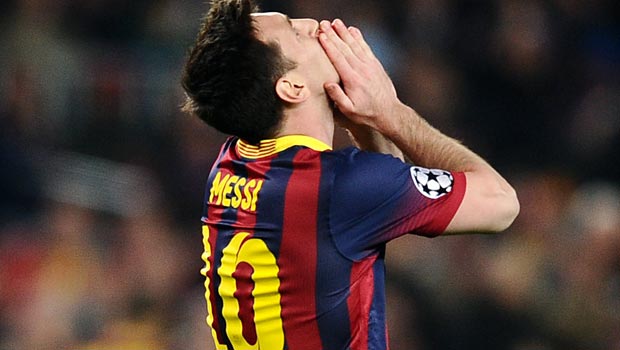 Lionel Messi has started the season as he means to go on, scoring two goals in a 3-0 win over Elche, to earn the gushing praise of manager and team-mates alike.

It is something of a new era for Barca, having appointed a new coach – albeit a former player – in Luis Enrique over the close season, with a host of summer signings to boot, and they made a positive start to the campaign with a comfortable win at the Nou Camp.

Messi opened the scoring with a trademark goal in the 42nd minute and, although Javier Mascherano was sent off moments later, the Argentine sealed the win just after the hour with his second, after youngster Munir El Haddadi had scored on debut immediately after the break.

Enrique was delighted with the overall performance of his side but paid special tribute to his ace in the pack.

“He’s the best player in the world if he wants to defend,” Marca reports Enrique as saying.

“Those who see it every day see unlikely things. He’ll be the best in the world whatever he wants to do, giving assists, scoring, pressing.

“He’s been touched by a magic wand for many years.”

Ivan Rakitic was a big money signing over the summer and now heaped even higher praise on the diminutive playmaker, having now spent time up close and personal with his new team-mate.

“It’s needless to repeat, he’s the best in the world,” AS reports Rakitic as saying.

“He might be the best ever. I enjoy training with him. He makes everything easier.”

Barcelona face a tricky test in their first game on the road this season as they travel to El Madrigal to take on Villarreal, although they are installed as 1.55 favourites to pick up the three points with the Yellow Submarine at 4.84 and the draw at 4.03.